Gold started to grow, but failed to develop the full expected upward impulse. At first, without the expected retest of support at 1692, the price continued to rise, but stopped abruptly at the level of 1735, going down, and then returned to 1735, where it is currently trading. Obviously, there is strong resistance at this level, which prevents buyers from going higher.

Such price behavior may hint at the exhaustion of the upward potential, or it may indicate a possible flat phase. Nevertheless, the signal levels have not yet been violated. And taking into account the current situation, this makes it possible to correct them while maintaining the relevance of the previous scenario for an upward movement. 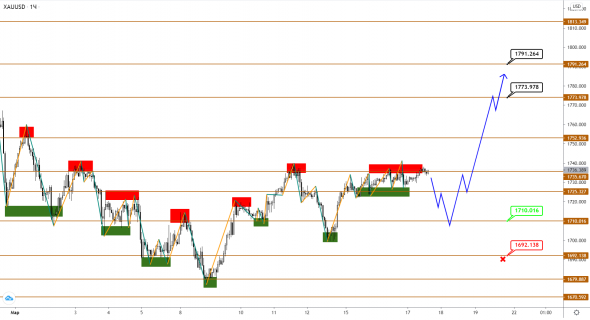 To confirm this scenario, the price needs to confidently gain a foothold in the current area. At the same time, the current level of 1735, which the price cannot pass yet, may lead to the development of a local downward wave with a limit in the area of ​​the level of 1710, where support is expected. A test of this level and the subsequent rebound from it will already give a chance for the development of an upward impulse, which will aim at the area between 1773 and 1791.

Cancellation of the current scenario will take place in case of breakdown and decline below the pivot level at 1692.

The growth scenario in the S & P500 index was successfully implemented. The quotes rose in line with expectations for the target area, having fulfilled them with confidence. At the same time, the supposed correction to the support at 3816 did not happen, the price simply continued to grow with short-term pullbacks, subsequently renewing its record high near the 3980 mark, and is now trading near it. 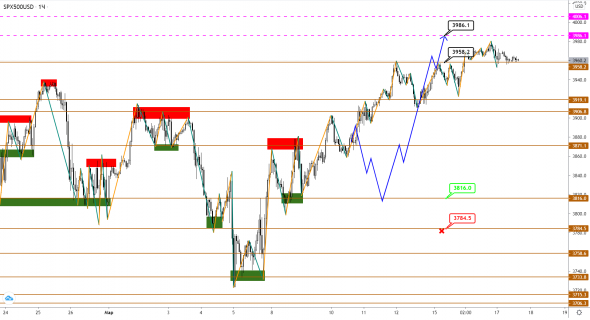 There are no grounds for a downward reversal, again, yet. There are no confident signals for this, so it is logical to continue adhering to the previous scenario for the continuation of the uptrend. 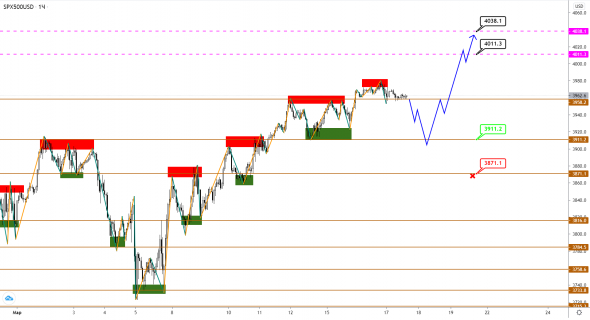 Confirmation of the intention to continue the upward movement will be the price fixing in the current area with a probable correction to the support level at 3911, which will allow the formation of another lead-in impulse. A subsequent rebound from this zone will already aim the index to new highs in the area between 4011 and 4038.