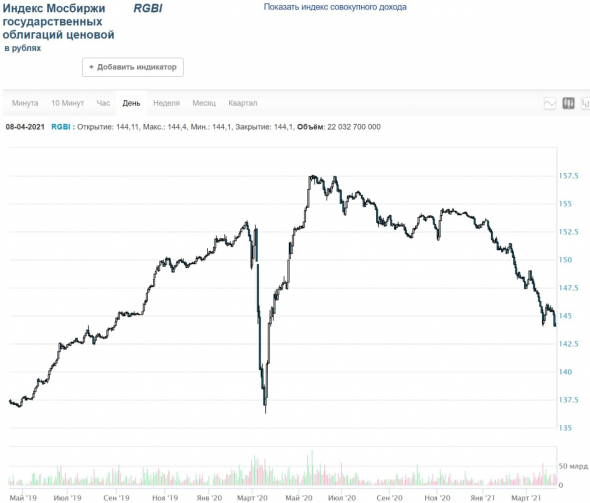 A rare situation in recent months, when for 2 weeks between the reviews of OFZs, almost did not change either in price or in yield. In fact, during these 2 weeks there was a significant rebound in quotes with their subsequent descent to their previous levels. Then I thought that the market had reached the bottom, it could bounce, it could return to the minimum levels, but it would not seriously update them. For now, I remain with the same thought, which, however, is far from conviction. 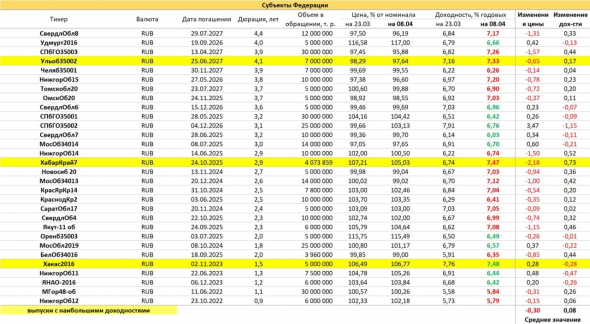 If OFZ prices have not actually changed since the second half of March (if we do not take into account the general volatility of these prices), then quotations in the less popular sector of regional bonds are inertly decreasing. In general, the tendency is clear: with comparable durations, sub-federal bonds give almost no yield premium to OFZs. And unlike the latter, they have significant chances of continuing to reduce the cost.