The Canadian dollar continued to strengthen against the US dollar, the pair moved below the estimated support at 1.2882. However, the further decline was stopped at the reversal level 1.2729, which did not let it go further, obviously playing the role of a strong support. After that, the quotes continued to trade in a range just between these key levels, where they are at the moment.

The current situation is rather uncertain, since the probability of a breakdown downward and continued decline still remains. Nevertheless, until the reversal level is completely overcome, the previous scenario for the upward movement can be left in force. 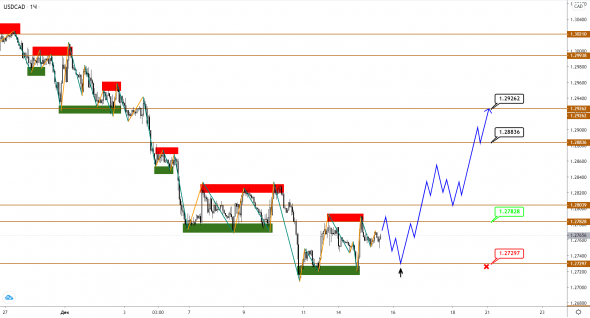 Confirmation of this scenario may be the consolidation of the pair in the current area with a possible retest of the level 1.2729, which may work out as a strong support. The final signal will be received upon a return above the level of 1.2782, which will give a start to the beginning of the upward movement with the nearest targets in the area between 1.2883 and 1.2926.

Cancellation of this scenario will take place if the decline continues and consolidates below the reversal level at 1.2729.

The supposed downward correction did not start. However, it should be noted that the passage to the level of 50.34 took place. The price successfully tested it, continuing to consolidate below it, which confirmed this level as a resistance. 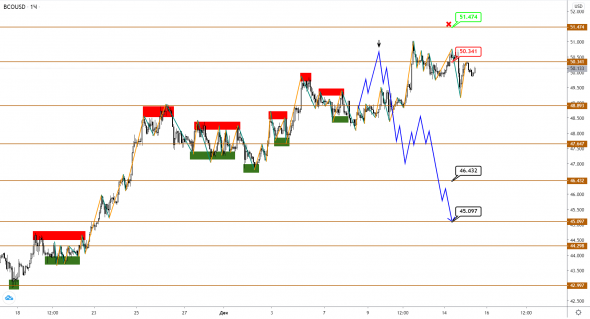 Taking into account the current context, it can be more confidently asserted that the local top for Brent oil has been marked and the likelihood of an early downward correction is increasing. Therefore, the previous downward scenario is still relevant. 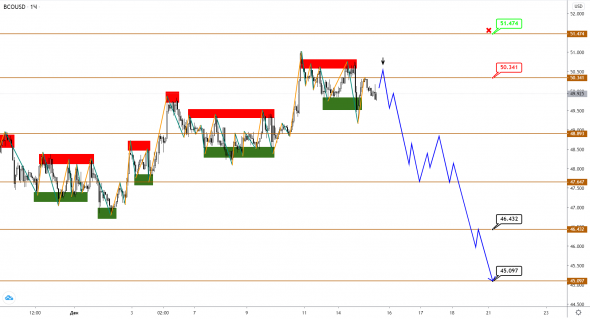 The important thing in this case will be how the important zone will be traded around the level of 50.34, which, in turn, is a serious resistance for buyers. Confirmation of the current scenario in case of growth will be a rebound from the area between 50.34 and 51.47 with the formation of a downward entry formation and a return under the level of 50.34. This will aim quotes in the area from 46.43 to 45.09.