Home Forex strategies Ivolga Capital company blog | Markets and forecasts. Gold down, America up, the rest to the right. At the level of assumptions

I’ll start with gold again. By the end of February, the metal is approaching in a more or less obvious downtrend. Moreover, the decline is contrary to silver, platinum and palladium, which show different rates of increase. Platinum is in the lead. Gold, in my understanding, set a long-term high back in August last year. And in the future, weeks or months will continue to decline. Benchmark $ 1,600 / oz (now almost 1 800) I think it is relevant. 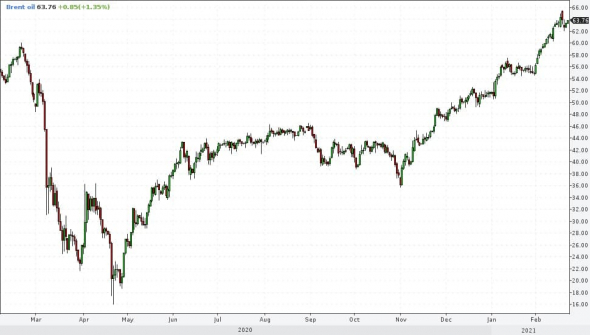 The other commodity, oil, is not as predictable. I think that after the rapid growth of the previous months, oil will move to a range dynamics near the current prices (60-67 dollars per barrel of Brent). I would not expect significant drops so far. On the rise to $ 70 / bbl. also do not bid. 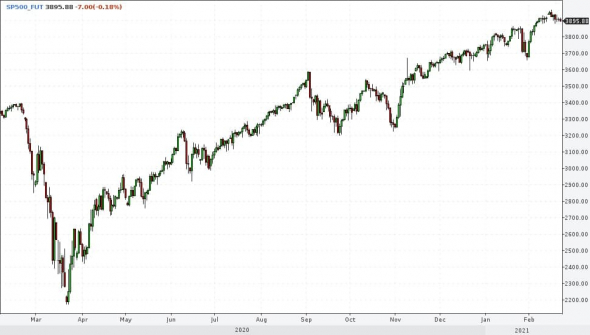 American stock indices continue their cautious upward movement. And, in my opinion, they will continue. Given their low volatility, the likelihood of sharp jumps up or down (rather, down) is significant. But the trend itself continues to be upward. The American stock market has long lost its fundamentally justified valuation. But the inertia of the upward movement on the surplus money supply still remains, its potential has not been fully used up. 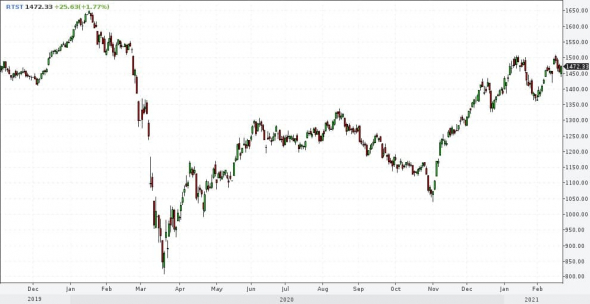 The presumptive stability of oil and global stock market optimism allow counting on the stability of the domestic stock market. At the moment, its further growth is still more likely. The market for ruble bonds was down last week, continuing a series of losses that have been going on in the corporate sector since the beginning of this year, and in OFZs since June last. Probably, the main part of the decline in bonds passed. But I’m not sure that their quotes will turn upward in the next week. 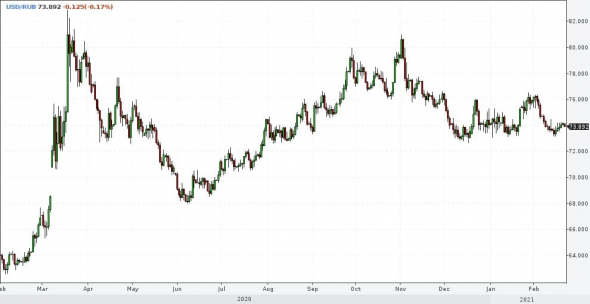 As for the ruble, it will apparently remain close to the values ​​of recent days, in the region of 70-75 units per dollar.