The expectation of the development of the correction for the euro did not justify itself. Instead of a correction, a consolidation was obtained, the lower border of which did not exceed the level of 1.2058, while the upper border is just below the resistance level of 1.2174. So, the scenario has not been worked out, even though the key levels have not yet been violated.

At the end of this consolidation, most likely, a new wave of growth can be expected within the framework of the continuing trend. 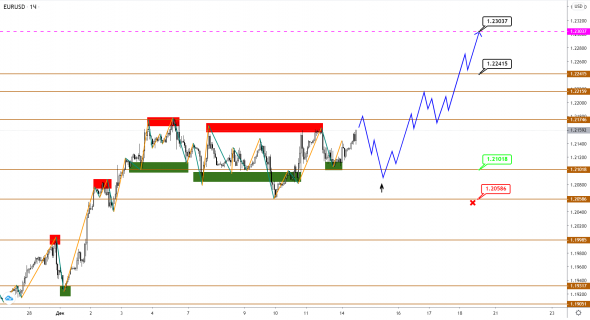 At the moment, the main resistance for growth is still the level of 1.2174, the retest of which will probably take place without a breakdown. But a rebound from it will allow the price to decline to retest to the lower border of the formed range to 1.2101, which is a support. Ultimately, the subsequent breakdown of resistance will aim the pair to new local highs in the area from 1.2241 to 1.2303.

Cancellation of the current scenario will take place in the event of a breakdown of support and a decline to the area below the reversal level at 1.2058.

But the rate on the correction in the British pound, on the other hand, paid off. The script has been successfully worked out, but not without errors, of course. The price, as part of the approach to the decline, first rose, but at the moment turned out to be above the resistance at 1.3357, and then slipped slightly above the reversal level at 1.3421, after which it already began to decline, reaching the first target at 1.3170 and only slightly reaching the second target at 1.3119. 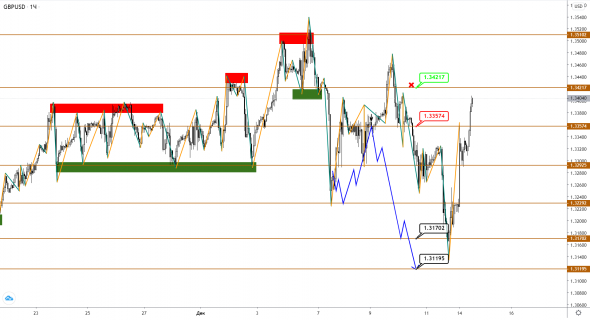 Immediately after this decline, the pair turned sharply to growth, which ended the last week. Such a sharp reversal gives a signal that the current correction is over and the pair intends to develop a new upward impulse. 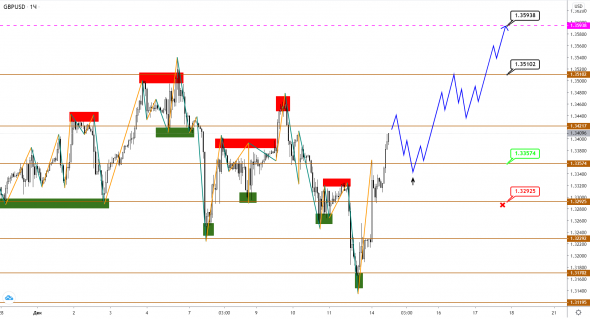 So the focus on continued growth is now a priority. Before the price there is a level of 1.3421, which may act as a resistance, which may cause a local correction to the support at 1.3357, the subsequent rebound from which will confirm the pair’s intentions to rise. In this case, the target for the price lies in the area from 1.3510 to 1.3593.

Cancellation of the scenario will take place if it drops to the area below the reversal level at 1.3292.

The scenario for growth in pairing with the Japanese yen was not realized again. Just like last time, its implementation stalled halfway. The expected upward impulse seems to have begun. However, in the region of 104.60, once again, this growth completely stopped, after which the quotes began to decline, breaking the support at 104.18, and now they are again falling to the level of 103.71. 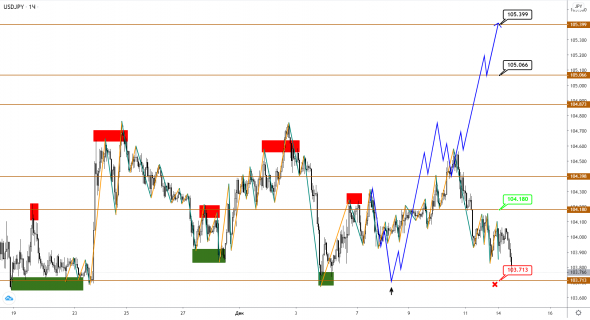 Now we can clearly say that there is a wide trade in a range in which the pair has been for several weeks. However, based on the formed pattern and successively falling tops, we can say that the pair may continue to decline. 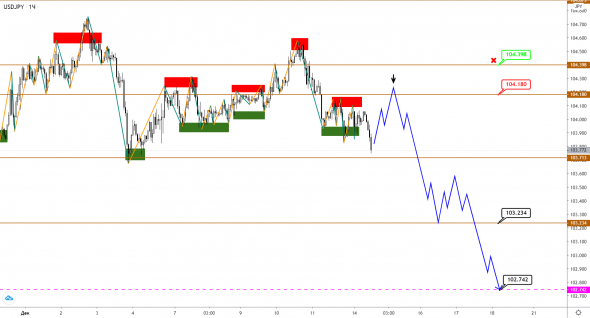 Probably, the level of 103.71 may once again support the price, as it has already happened many times. Presumably, in the event of the repeated development of the local upward correction, the limits may lie in the area of ​​the expected support at 104.18. The final confirmation of the current scenario, in turn, will be a breakdown of the level of 103.71, from where the target zone for movement will be the area between 103.23 and up to 102.74.

Cancellation of the current scenario will take place in case of growth above the pivot level at 104.39.

growth continues, and the end and edge is not visible to him