Home Trading shcool correction confidently comes into its own

The euro fell as expected, as it was predicted in the previous survey. The 1.2058 level provided short-term support, and the price traded slightly higher, bouncing off it, however, the buyers did not have enough potential to retest the resistance at 1.2137. As a result, the pair broke through the support and continued to decline, thereby reaching the target range between 1.1998 and 1.1931.

Now the quotes are trying to recover from the recent decline again. Nevertheless, it can be assumed that the downward correction has not yet exhausted itself, and after a local upward correction, the decline may continue to new targets. 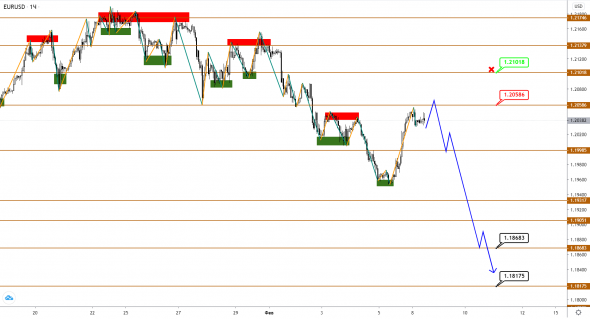 At the moment, the pair is being corrected locally within the framework of a large downward correction, the limit of which may be near the level of 1.2058, which is a resistance. In case of a test and a successful rebound from this level, the price may resume its movement along the main trend towards the target area between 1.1868 and 1.1817.

Cancellation of the current forecast will take place upon breakout and consolidation above the reversal level at 1.2101.

The continued decline in the British pound did not take place yet again. The pair tried to consolidate below resistance at 1.3700, passing halfway to the target area, but then reversed again and rallied to the reversal level at 1.3738, where it met serious resistance. In general, while the pair is in a flat state, which, probably, may already come to an end. 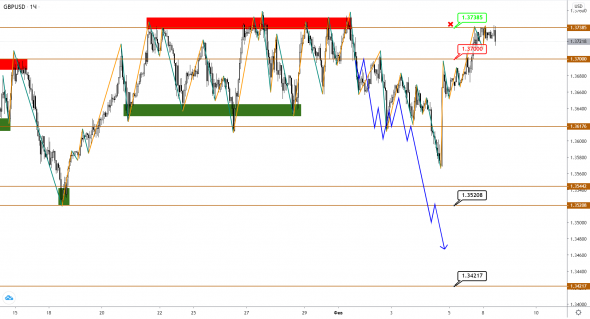 Thus, a violation of the signal levels took place, however, the above circumstances do not yet allow canceling the previous scenario for a decline, therefore, until the final overcoming of the level of 1.3738, the scenario for a downward reversal remains in force.

Forecast: the beginning of the downward correction 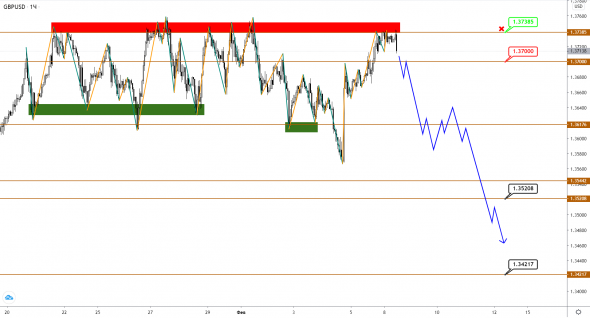 Now the pair has once again bounced off the reversal level of 1.3738, which also gives a chance for a return under the resistance at 1.3700 if a stable momentum develops. The final consolidation below it, followed by a rebound in the event of a retest, still leaves the area between the levels of 1.3520 and 1.3421 as a target area.

The growth in pair with the Japanese yen continues, as expected in the last survey. Although without retesting the support at 104.39, the price successfully reached the target area between 105.39 and 105.73, having traded between 104.87 and 105.06 for a while, after which it continued its upward movement. 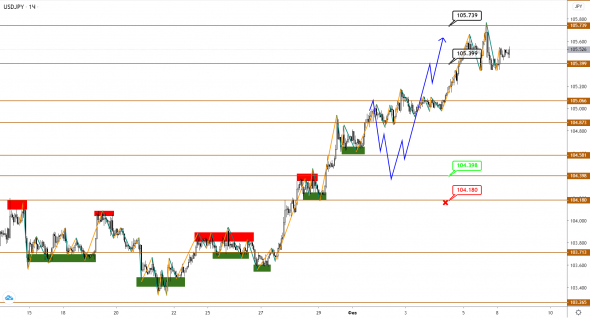 The uptrend in the pair is actively developing, and there is a high probability of its continuation. Therefore, taking into account the achieved goals, we can expect a continuation of the movement to new local maximums. 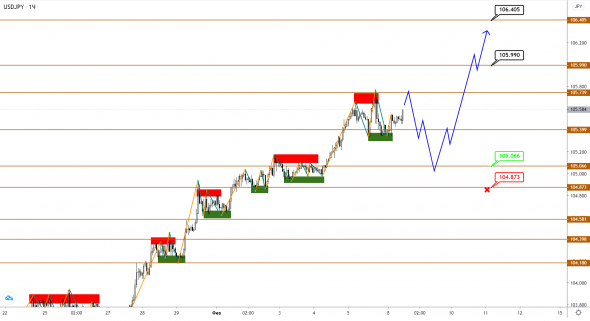 Now the pair has approached the level that is providing resistance, preventing it from moving higher. This could lead to a local correction, the limits of which may lie at 105.06, where support is expected. In the event of a retest and a rebound from this level, there is a chance for a new upward impulse to develop, which will target new local highs in the area from 105.99 to 106.40.

Cancellation of the current scenario will take place upon breakdown and consolidation of the pair below the pivot level at 104.87.