The supposed upward reversal in the Canadian dollar did not take place. So the forecast did not come true, after consolidation, the pair continued to decline further, breaking through in one movement not only the support at 1.2376, but the reversal level at 1.2331, followed by consolidation below, where it is currently trading.

Now, a structure similar to a base is forming on the chart, from which growth can come, however, taking into account the context, the probability of a continuation of the decline still remains, and growth, in turn, may turn out to be only corrective before the main impulse. 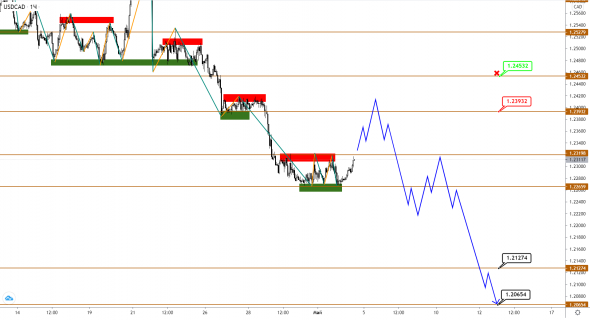 Of course, this scenario must still be confirmed, because the current base may turn out to be a reversal one. However, technically broken signal levels also indicate the likelihood of continued decline. Therefore, if the growth starts, its main limit is expected at the level of 1.2393, where the resistance is located. In the event of a retest and a rebound from this zone, the pair may begin to decline to new local lows with a target area between 1.2127 and 1.2065.

Cancellation of the current scenario will take place if the price grows and consolidates above the reversal level at 1.2453.

Brent crude refused to decline, contrary to expectations for the formation of another wave of downward correction. Instead of a rebound, we got a breakdown of the resistance at 67.29, and then an increase to the reversal level at 68.42. Thus, the expectations of the previous review were fulfilled, which, as a result, were changed and were not fulfilled this time. 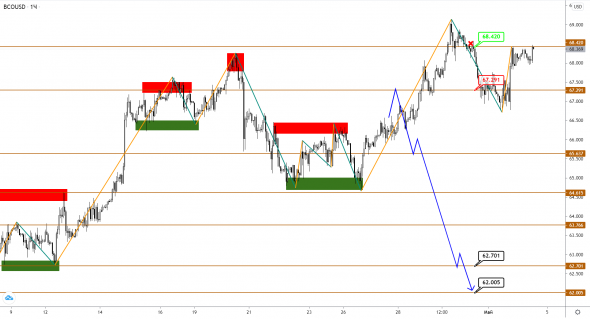 The current violation of the signal levels again signals a change in priority for an upward movement, which is likely to target the renewal of the last local maximum. Graphically, we still have a wide flat with a slight upward slope without a clear trend. 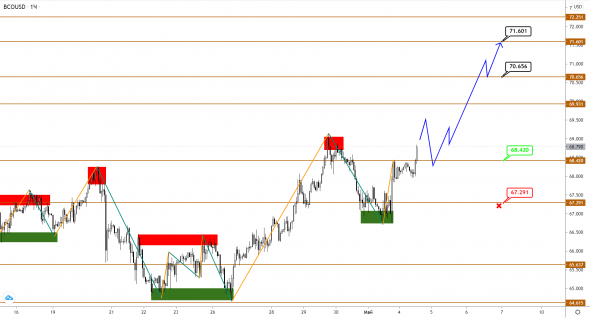 At the moment, confirmation of intentions to continue the upward movement will be a confident consolidation above the current support level at 68.42 with its possible retest. In the event of a subsequent rebound from this level, the price will have the opportunity to form an entry formation, which will be a signal for the start of growth within the next impulse wave, which will aim at the area between 70.65 and 71.60.

Cancellation of the current scenario will take place in case of a pass to the area below the reversal level at 67.29.