The Canadian dollar weakened against the US dollar as expected. After a short consolidation, the pair grew rapidly, having worked out the target zone at 1.2883 and 1.2926. However, the expected consolidation above the level of 1.2782 did not happen immediately. Instead, the pair first went even below the reversal level 1.2729, but the attempt to gain a foothold there failed, which resulted in a subsequent rise. Thus, the scenario in general can be considered successful.

Now we can state that the pair has worked out the correction targets and nothing prevents the decline from being resumed. Moreover, after the growth, the pair dropped slightly, which may result in a prolonged movement. However, at least one more corrective upward wave can be expected for now. 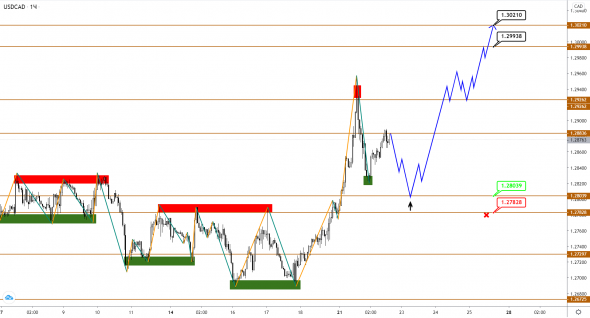 Confirmation of this scenario may be the consolidation of the pair in the current area with a possible retest of the level 1.2803, which may work out with strong support. The subsequent rebound from this level will give a start to the beginning of the upward movement with the nearest targets in the area between 1.2993 and 1.3021.

Cancellation of this scenario will take place if the decline continues and consolidates below the pivot level at 1.2782.

The supposed downward correction has not fully developed yet. There was no rebound from the resistance at 50.34. The price moved higher, going beyond the 51.47 pivot level, but failed to gain a foothold above. After that, the quotes began to decline rapidly, thereby returning to the key levels. 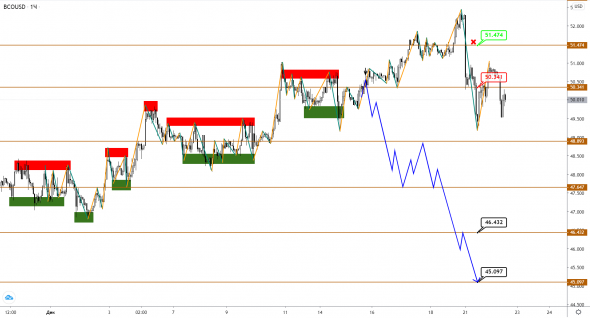 Despite the violation of these key levels, the subsequent return under them again actualizes them. This still gives a chance for the implementation of the previous scenario for the decline. 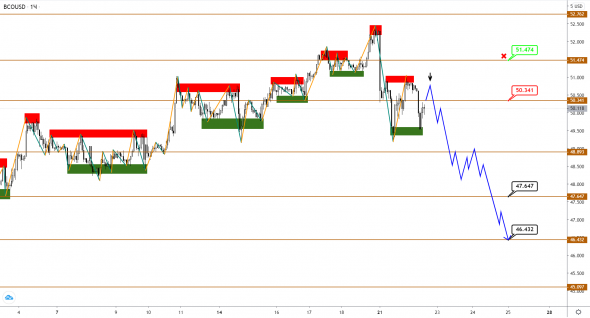 The important thing in this case will be how the important zone around the 50.34 level will be traded, which is a serious resistance. Confirmation of the current scenario in case of growth will be a rebound from the area between 50.34 and 51.47 with the formation of a downward entry formation and consolidation below the level of 50.34. This will aim the quotes in the area from 47.64 to 46.43.