As it turns out, Wall Street is unhappy with Twitter’s decision to permanently ban President Trump, one of the service’s most famous users. Analysts fear the move could subject Twitter to more regulation, as Mirabaud analyst Neil Campling said the ban could open Twitter to more regulation in the next administration now that the platform is clearly making editorial decisions about which type of political content is appropriate and which no. Traders are clearly worried, Twitter shares fell 7% in premarket amid losses from trading outside of business hours on Friday and Sunday night.
According to Bloomberg, Twitter was Trump’s preferred channel for “escalating attacks on his rivals, spreading conspiracies and provoking other countries during his four years in office.” In other social media news, Amazon’s decision to ban Parler, an alternative social network that advocates for free speech, resulted in them being de facto banned from Internet access. 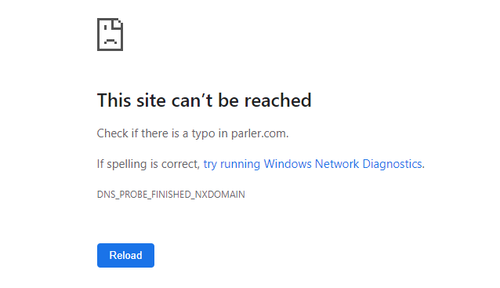 Parler executives opposed the service ban, and the company’s director of policy Amy Peikoff told Fox & Friends Weekend that the company “clearly stood out … I think we were treated unfairly.” Parler CEO John Matze said recent announcements from Amazon, Google and Apple to end access prompted most of the other platform providers to drop support as well. In a statement before the platform’s failure, Matze told users that he was not sure when the platform could be restored.

“We probably won’t be running longer than expected,” Matze wrote in a post on the web before Amazon limited hosting. “This is not due to software limitations – we have our software and all data is ready to go. Rather, it is because Amazon, Google, and Apple’s press denials have caused most of our vendors to drop our support as well. And most of the people who have enough servers to host us have closed their doors to us. We will keep everyone informed and update the press when we are back online. ”

Matze, who is frequently interviewed by CNBC and other news organizations, says he will not create any accounts on any social media other than Parler. “Parler is my last position on the Internet,” he said. We assume there are many conservatives on the platform who feel the same way.