Home Trading shcool Tickmill Blog | A decline in EUR and GBP in the last waves before the reversal is still possible, but the limits are already limited

The euro didn’t realize the decline scenario. The pair failed to rise to the resistance at 1.1817 for a retest, staying below the 1.1788 level, from where it continued to decline. However, the target area was not reached. The momentum continued to the areas of the 1.1698 level, but having stopped slightly above it, it began to moderately recover, returning to the 1.1788 level, from where it again signals an intention to return to a decline.

In general, you can already see signs of approaching the local bottom before the reversal. However, it can be assumed that the pair may once again test the recent lows with a possible renewal, before finally turning to growth. 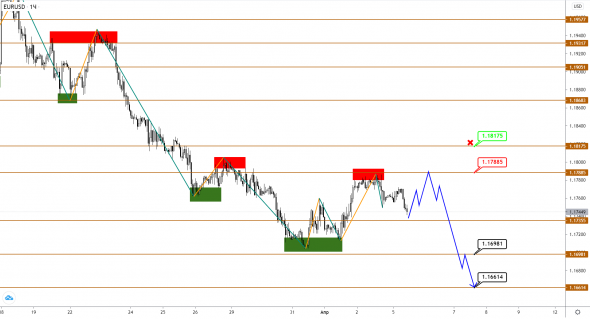 Now the pair is approaching the intermediate level of 1.1735, in case of a rebound from which, a resistance retest at 1.1788 may take place. The key confirmation for the next wave of decline may be the subsequent rebound from this level, which will direct the quotes to the area of ​​the previous minimum at 1.1698 with a probable passage to 1.1661.

Cancellation of the current scenario will take place in case of breakdown and growth above the pivot level at 1.1817.

The British pound was still unable to develop a downward momentum towards the target area within the expected scenario. The pair, having started to decline, reached the level of 1.3700, after which it began to recover again, having practically won back all the losses to date. Thus, the general nature of the movement is still lateral. 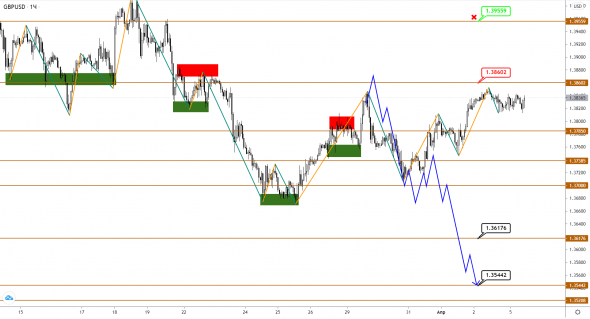 Signal levels have not yet been violated and the likelihood of a decline in the framework of the ending correction is still preserved. As part of the local growth, the pair may still test the zone between the resistance of 1.3860 and 1.3955, after which another wave of decline to the last local minimums can be expected. 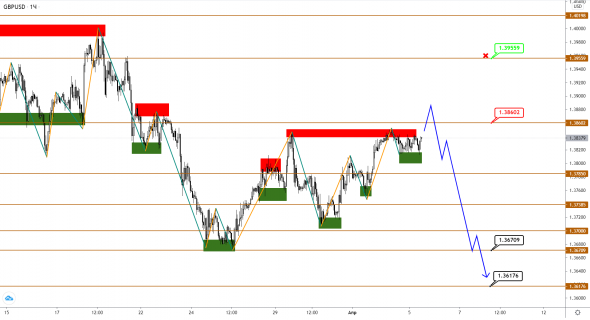 In this case, the determining factor will be the ability of the price to gain a foothold below the signal zone between 1.3860 and 1.3955, to which the price is now heading to retest. Confirmation of the current forecast will be the subsequent rebound and return under the resistance at 1.3860 with the formation of a lead-in downtrend pattern, which will aim at the area between 1.3670 and 1.3617.

Cancellation of the current scenario will take place upon growth and consolidation above the reversal level at 1.3955.

The Japanese yen continued to weaken against the USD, reaching another local high as part of an developing uptrend within the expected scenario. However, the expected local correction to 109.01 did not happen. The pair has continued to rise since the previous review, thereby working out the target area between 110.33 and 110.69, where it is currently trading. 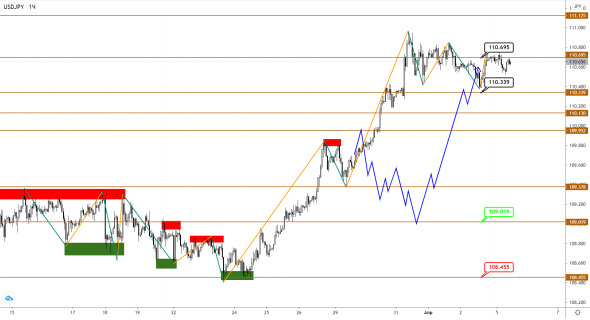 Taking into account the general picture and the duration of the current trend, the likelihood of a downward correction cannot be ruled out, especially given the current consolidation below 110.69, which may work as a short-term resistance. After that, growth is likely to continue to new local highs. 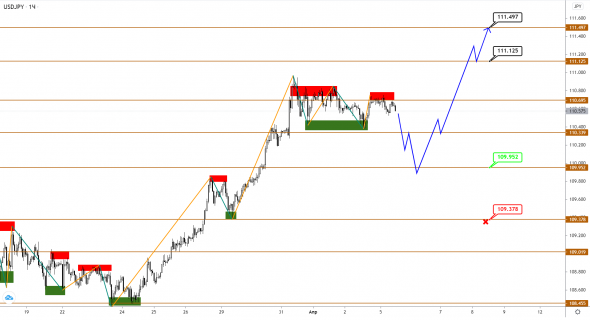 Taking into account the current flat below the 110.69 level with a moderate downward slope, it is quite possible to expect the development of a downward correction, the limits of which may lie in the area of ​​the 109.95 level. Confirmation of a new approach of the upward impulse may be the subsequent confident rebound from this zone, which will aim the pair in the area between 111.12 and 111.49.

Cancellation of the current scenario will take place upon breakdown and consolidation of the pair below the pivot level at 109.37.