Home Trading shcool the top is marked, correction is possible ahead

The Australian dollar continued to rise within the expected scenario, and even preliminarily corrected to support at 0.7393, from where it continued to rise after a rebound. In this regard, the expected growth took place, however, the pair, apparently, does not have enough strength to reach the target levels. The stop happened in the area of ​​0.7480, where the price began to decline.

Nevertheless, the probability that the price will reach the target level of 0.7500 still remains. But there is more and more doubt about the ability of prices to continue the uptrend. Therefore, we can make an assumption that the quotes are most likely approaching the top and a downward correction may begin soon. 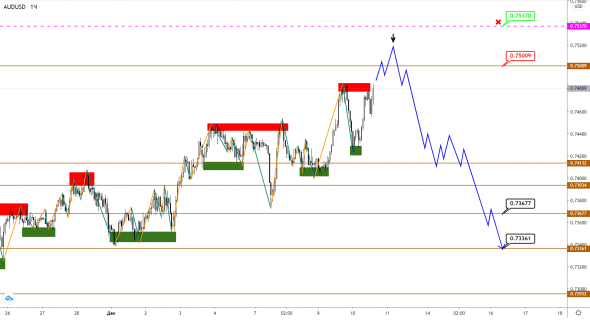 Now it is trading near its local highs, where it was last stopped. If buyers have enough strength to overcome this zone, then there is a high probability of passage to new highs in the area between the current resistance at 0.7500 and the reversal level of 0.7537. Confirmation of the current scenario at the beginning of the downward correction will be a pullback and a subsequent return under the 0.7500 level with the formation of a lead-in formation. In this case, the nearest target for the downward impulse may be the area between 0.7367 and 0.7336.

Cancellation of the current scenario will take place if the price continues to rise to the area above the reversal level by 0.7537.

The picture in the New Zealand dollar is similar, but with big differences. In this case, the price could not get a significant upward swing at all. After reaching a local maximum around 0.7100, the pair dropped to support at 0.7004, after which it again tried to develop growth, but failed to break the previous maximum, which resulted in a repeated return to support at 0.7004. 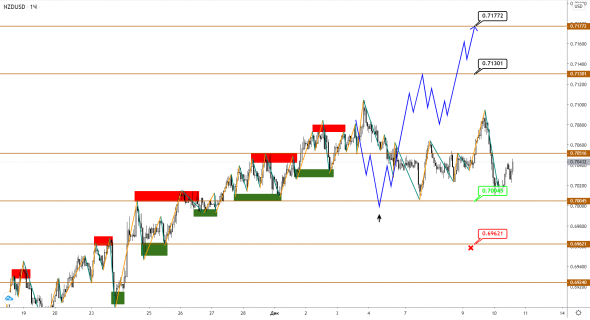 While the level of 0.7004 acts as a support and restrains sellers, not letting them go lower. Nevertheless, the price dynamics, which draws a formation that looks like a double top, suggests that the uptrend at the current moment may be over and a downtrend may develop. 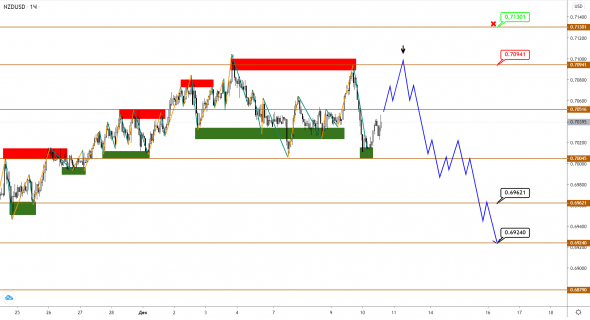 The potential for a re-attack at 0.7094, which is now a resistance, is still there. So, it would be quite possible to expect a rise in prices for it. In this case, the confirmation of the current scenario will be the impossibility of passing above and the subsequent rebound from this level, which will aim the pair in the next target levels in the area between 0.6962 and 0.6924.

Cancellation of the current scenario will take place if growth continues to the area above the reversal level by 0.7130.