Home Trading shcool the correction is over, is there an upward reversal ahead?

The Australian dollar continued to decline in the predicted scenario. After a local upward correction, which slightly fell short of the resistance at 0.7677, the price, stopping at the level of 0.7660, continued to fall. However, to date, the pair has not managed to reach the target area, it was stopped halfway, in the area from the 0.7540 mark.

At the moment, there are signs of an impending reversal, judging by the slowdown in momentum. It is likely that the price will still manage to reach the target area of ​​the previous review, but there are reasons that at the current stage the correction of the senior order is coming to an end and growth may soon begin within the framework of the general trend. 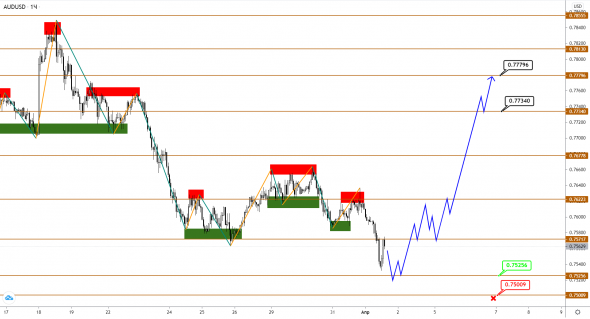 These expectations still require serious reinforcement in the absence of reliable signals. Now the confirmation of intentions for the beginning of the upward movement may be consolidation in the current zone with a possible retest of the level of 0.7525, where the main support is expected. In case of a subsequent rebound from it, one should expect the development of an impulse movement, which will aim at the area between 0.7734 and 0.7779.

The scenario will be canceled if the decline continues and consolidates below the reversal level at 0.7500.

The New Zealand dollar did not go according to the expected scenario at all, practically did not budge since the last review. The pair remained fluctuating in a flat between the levels of 0.6962 and 0.7004 with small deviations in both directions and a subsequent return to this corridor. 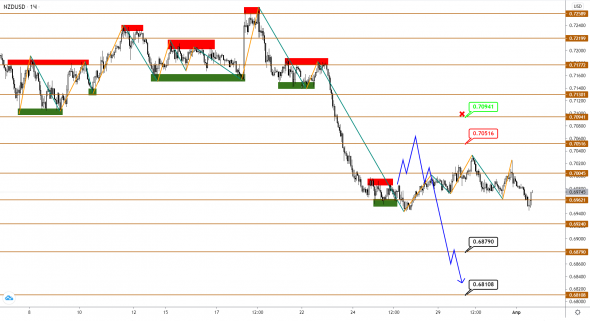 In this pair, the likelihood of the end of the current phase of the downward corrective movement is similarly increased, judging by the deceleration of the pace. In addition, the price has approached key levels, where strong support can be found, which will facilitate the reversal and the beginning of a new phase of the uptrend. 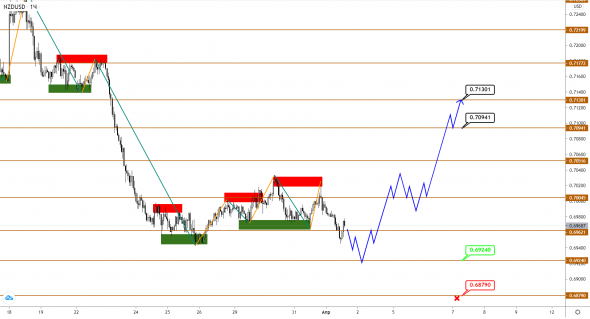 In this case, there are no strong signals either, but the likelihood of the continuation of the decline is still slightly lower. But the confirmation of the intention to turn in the direction of growth will be the ability of the price to rebound, which is expected from the level of 0.6924. In this case, the pair may develop an upward impulse, which will target the area between 0.7094 and 0.7130.

Cancellation of the current scenario will take place in case of further decline and consolidation below the reversal level at 0.6879.