Home Trading shcool the correction is complete, a new phase of growth has begun?

The expected decline in the Australian dollar took place, as it was predicted in the last survey. The pair did not test the resistance at 0.7855, staying below and fixing below the level of 0.7813, from where the downward impulse began, which reached the upper border of the target area, literally hitting it slightly at 0.7622. Then she touched it again and began to grow. In general, the script can be considered executed successfully.

Judging by the current upward movement, which won back almost the entire previous decline, returning to the zone of the last correction, it is possible that we are facing the first wave of a new growth phase within the general trend. It is likely that the downward correction could have ended there. 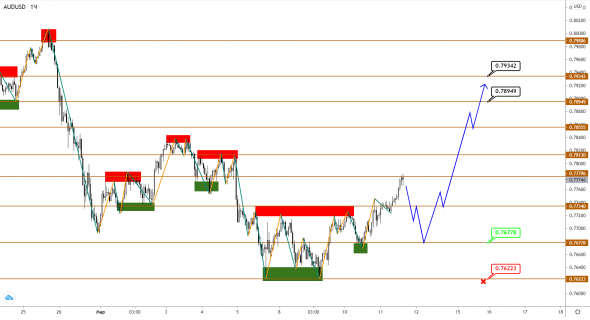 These expectations still require confident confirmation, since the current growth may turn out to be only a deep local correction, and not a reversal. Such confirmation will be consolidation in the current price zone with a possible correction to the support area at 0.7677. In this case, the subsequent rebound from it will signal the resumption of the upward impulse, which will aim at the area between 0.7894 and 0.7934.

The scenario will be canceled in case of further decline and consolidation below the reversal level at 0.7622.

The New Zealand dollar has declined identically, as suggested in the previous survey. A local correction with a retest of the resistance level at 0.7318 did not take place in this pair either – the price fixed already below 0.7258, from where it began to decline, thereby reaching the target area. Here, the working out is more confident and clear – the price traded it several times, and after fixing it bounced off and began to grow. 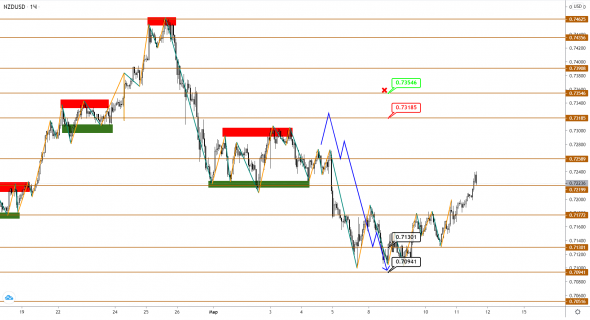 In this pair, a return to the initial positions also took place, from where the last decline began, which may mean the end of the correction phase and the resumption of the main upward trend. 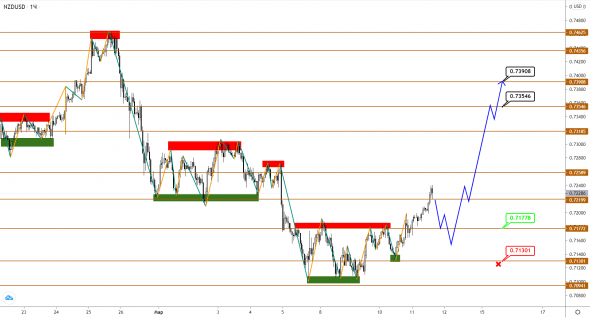 Confirmation of the intention to continue the upward movement will be the ability of the price to gain a foothold in the current area with a probable retest of the support level expected at 0.7177. In the event of a subsequent rebound from this zone with the formation of a lead-in impulse, the pair may aim at the area between 0.7354 and 0.7390.

Cancellation of the current scenario will take place if the decline continues and consolidates below the reversal level at 0.7130.