The assumptions of a downward correction in gold have not been confirmed. Despite the fact that the level of 1897 was a serious resistance, which several times repulsed the attack of buyers and held back further growth, this barrier still did not hold. The subsequent breakout led to a rapid rise with a high around 1955, around which gold is now trading.

The current context with the breakout of the pivot level at 1897 indicates the price intent to continue the upward movement, which still has potential for continuation. 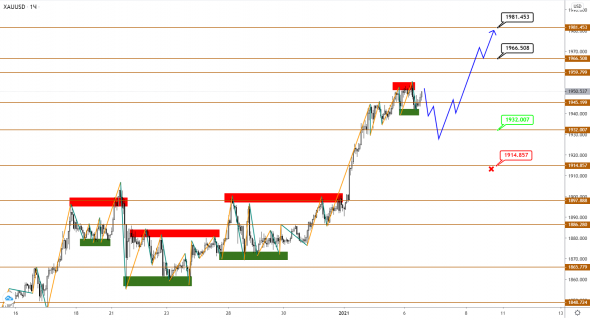 To confirm these intentions, the price needs to gain a foothold in the current area. Probably, this may require a retest of the support level at 1932. If the level holds, then the subsequent rebound from it will already give buyers a chance to send gold to local highs with a target area between 1966 and 1981 levels.

In turn, the cancellation of the current scenario will take place if the price continues to decline and fixes below the reversal level at 1914.

The S & P500 index has risen as expected since the last review, having successfully worked out the target area between 3733 and 3752. Even if the preliminary possible correction to support, which was expected at 3669, the scenario was fully implemented. And even subsequently, the index continued to grow, updating its record high around 3783, after which a correction began. 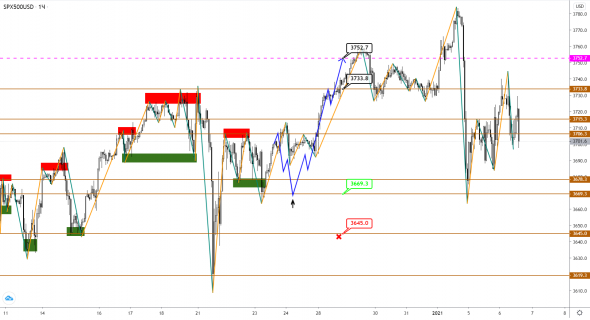 Immediately after the new high was marked, the price dropped sharply to the level of 3669, from where it is now trying to recover. However, it is likely that another downward wave may develop as part of the correction. 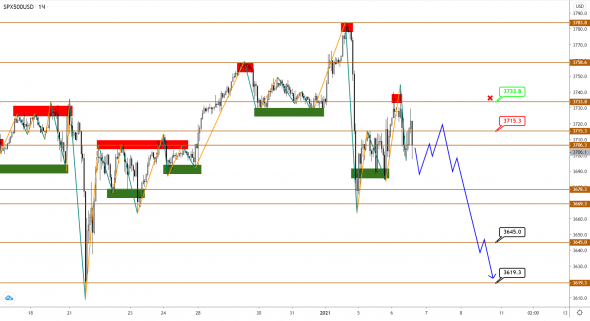 Confirmation of the intention to continue the downward movement will be the ability of quotes to gain a foothold in the current area with a limit at 3715 with an extreme border at 3733, where resistance is expected. The subsequent rebound from this area will give a chance to form a downward impulse with the nearest targets in the area from 3645 to 3619.

Cancellation of the current scenario will take place in case of a breakout and consolidation above the pivot level at 3733.