Gold continued to decline as expected in the previous survey. The script was completed successfully. However, before the decrease in the local correction for the retest, there was no resistance at 1813, the price simply continued the movement that had already begun, eventually reaching the target area between 1773 and 1752. However, then it turned around and began to grow, returning to the signal levels, where it is trading now.

At this stage, it is quite possible to assume that the downward correction has come to an end and if it consolidates in the current price area, the quotes can continue their growth further. Therefore, preliminary, the main scenario for the next week will be a benchmark for an upward movement. 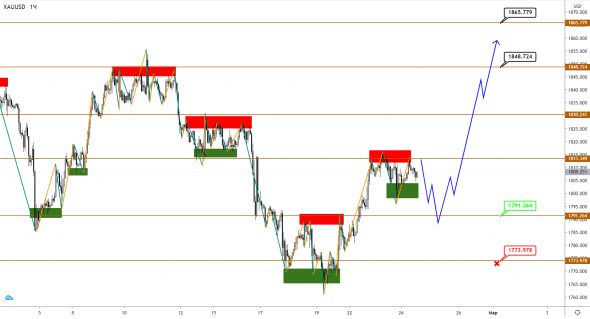 To confirm this scenario, the price needs to confidently gain a foothold in the current area. Probably, this may require a retest of the support level at 1791. If the level holds, then the subsequent rebound from it will give sellers a chance to develop another upward impulse with the nearest targets in the area between 1848 and 1865.

Cancellation of the current scenario will take place upon breakout and decline below the pivot level at 1773.

But expectations of continued growth in the S & P500 index did not justify themselves. The script was not executed. Although, on the other hand, the likelihood of the development of a correction was not excluded. Nevertheless, the quotes dropped below the support at 3906, and then went below the pivot level at 3871, marking at 3816. After that, they began to recover, trading around the signal levels at the moment. 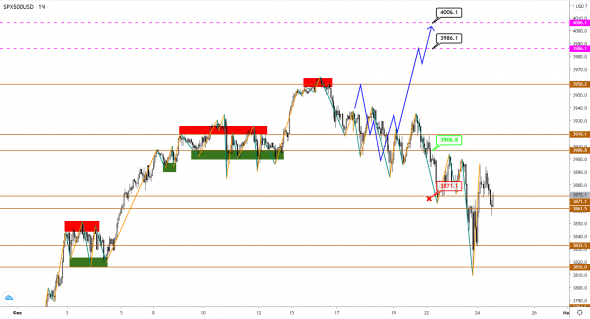 Considering all the circumstances of the index movement, the probability that the current decline exhausts the correction is very high. The subsequent attempt at recovery can be regarded as a new impulse within the upward movement. Therefore, the previous growth scenario is still valid. 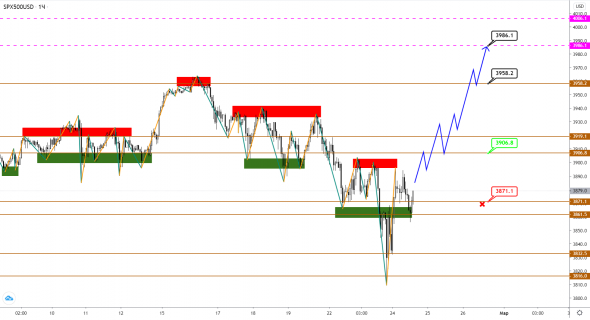 Confirmation of the intention to continue the upward movement will be the price fixing stably above the signal level 3871, after which the quotes will have to go above the level of 3906, which will allow the price to aim at the area of ​​the last maximum from 3958 with a probable passage up to a new peak in the area of ​​3986.