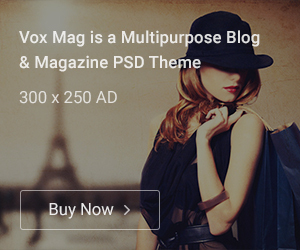 Gold continued to trade within the flat, failing to develop an upward movement since the last review. The price tried to rally, but was stalled around the 1865 level, which brought it back lower, so the target area has not yet been reached.

The growth scenario has not been canceled yet, since the signal levels are not violated. And the target area and the values ​​of the signal levels remain the same. After the end of the current flat, the upward movement is likely to enter a new phase of its development. 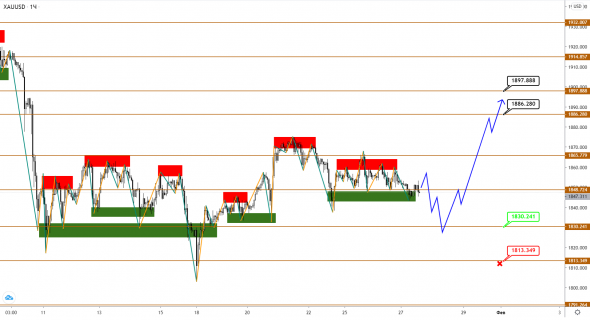 To confirm these intentions, the price needs to gain a foothold in the current area. Probably, this may require a retest of the support level at 1830. If the level holds, then the subsequent rebound from it will give buyers a chance to send gold to local highs with a target area between 1886 and 1897.

In turn, the cancellation of the current scenario will take place if the price continues to decline and fixes below the reversal level at 1813.

The growth to new record highs in the S & P500 index took place, fulfilling the expected scenario. The price worked out the target area between 3855 and 3872. But upon reaching this range, the index began to fluctuate, forming a flat zone, in which quotes are still located. 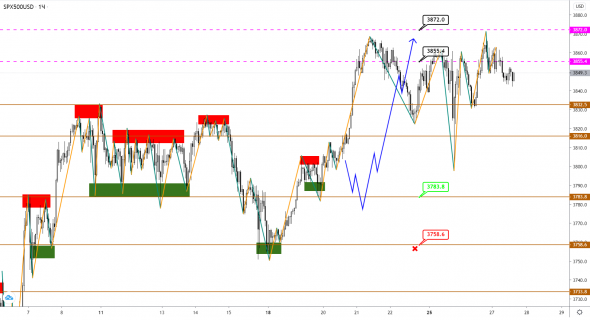 Obviously, the index is still in an uptrend, but now there are more and more signals for the approaching exhaustion of its potential. Nevertheless, it is still reasonable to adhere to the previous scenario with continued growth to new highs. 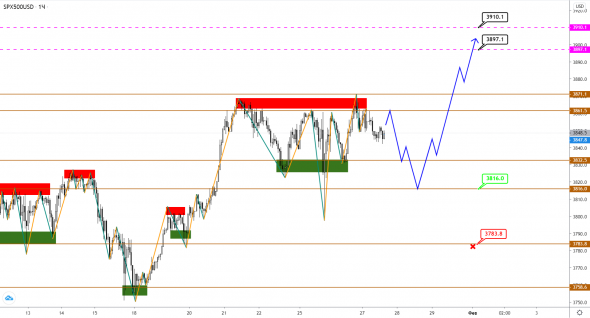 Confirmation of the intention to continue the upward movement will be the price consolidation in the current area with the limit at 3816, where support is expected, and with the extreme border at 3783. The subsequent rebound from this area will give a chance to form an upward impulse with the nearest targets in the area from 3897 to 3910.

Cancellation of the current scenario will take place in case of a breakout and consolidation below the pivot level at 3783.