Gold returned to decline again, contrary to expectations at the beginning of the upward movement, thereby canceling the scenario with an increase. The price was unable to overcome the level of 1848, where, obviously, there is a strong resistance, after bouncing from which the quotes began to decline. First, the support at 1830 was broken, after which the price consolidated below, and then the reversal level at 1813 was finally overcome.

Obviously, the downward correction in gold is not over yet, and we can probably see another wave of decline. Therefore, the scenario with the beginning of growth has been paused for now and the forecast for continued decline has been updated. 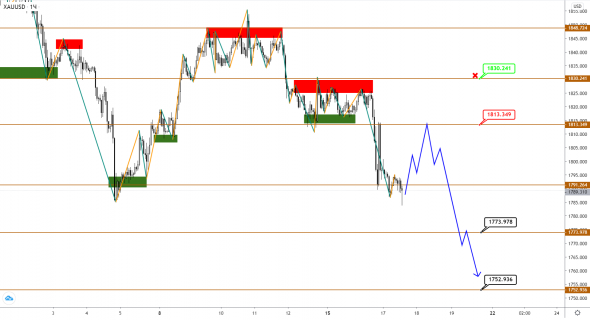 To confirm this scenario, the price needs to firmly gain a foothold in this area. Probably, this may require a retest of the resistance level at 1813. If the level holds, then the subsequent rebound from it will give sellers a chance to develop a new downward impulse with the nearest targets in the area between 1773 and 1752.

Cancellation of the current scenario will take place upon breakdown and growth above the pivot level at 1830.

The S & P500 continued to rise in line with the expected scenario, and thus once again renewed its all-time high around 3963. However, the momentum that began was not enough to reach the target area at 3969, which the price never reached. Nevertheless, working out this goal can be considered a matter of time. 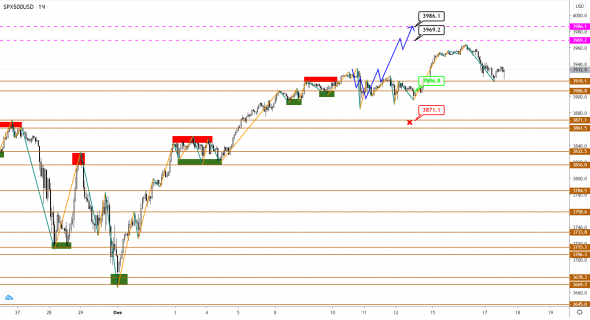 Now, most likely, the phase of local correction has begun, after which the upward movement may resume to new highs. Therefore, the growth scenario is still relevant. 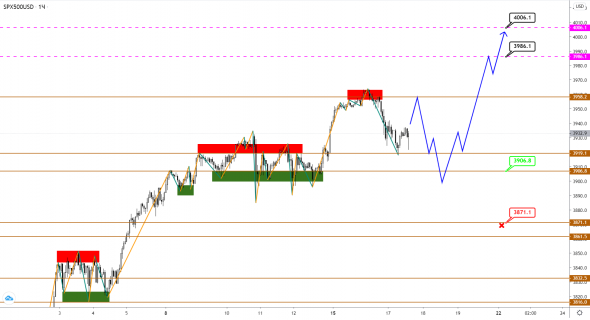 Confirmation of the intention to continue the upward movement will be the price consolidation in the current area with the limit at 3906, where support is expected, and with the extreme border at 3871. The subsequent rebound from this area will give a chance to form an upward impulse with the nearest targets in the area from 3986 to 4006.