Home Trading shcool reversal assumptions are beginning to be confirmed

The assumptions about the beginning of the upward movement in the Australian dollar were previously confirmed. The scenario has not yet been fully implemented, the target area has not yet been reached, but the expected reversal of quotations towards growth has taken place. The price really increased, at the moment it reached the level of 0.7677.

In general, the general nature of the movement is flat, within which the pair has been for a long time. Now the price has not been able to overcome the upper limit of this corridor in the area of ​​the 0.7677 level. Nevertheless, when consolidating in the current zone, there is every chance to continue the growth that has begun. 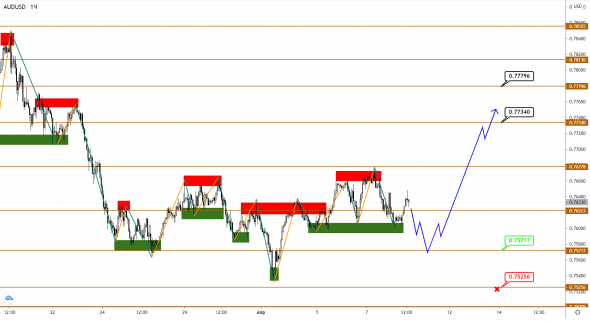 In any case, these expectations still require additional confirmation. This could be an attempt by the price to go below the current support at 0.7571, the retest of which the pair can still go. If there is a rebound from this zone, then quotes can develop an upward impulse in the direction of the target area between 0.7734 and 0.7779, which will give a confident signal for a final reversal.

The scenario will be canceled if the decline continues and consolidates below the reversal level at 0.7525.

The New Zealand dollar behaved in a similar way. This pair also saw an increase, which, however, could not overcome the level of 0.7051, despite a double attempt at breakout, which did not allow the price to reach the target area between 0.7094 and 0.7130. Thus, the scenario has not yet been fully realized. 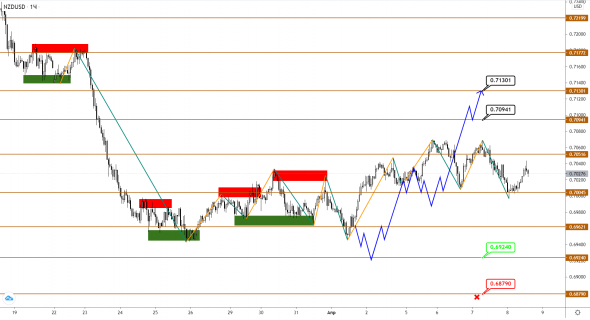 The likelihood of continued growth is still quite high. Therefore, this scenario remains relevant. In the meantime, the general nature of the movement looks more like a flat one and for the development of an upward impulse, buyers will need to firmly gain a foothold in the current price area. 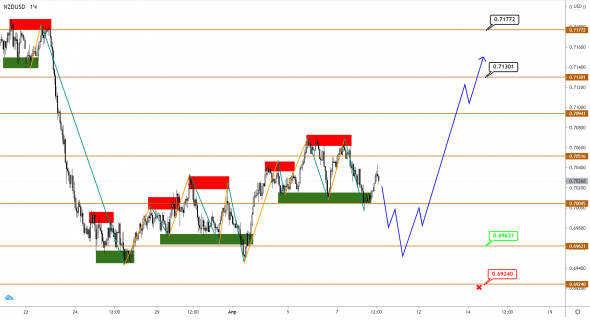 Such a consolidation can take the form of a local downward movement in the direction of the current support, which is located at 0.6962. If a retest of this level takes place, a serious rebound is required with the formation of an entry pattern, which will aim the quotes in the area between 0.7130 and 0.7177, which will help to consolidate the trend that has begun.

Cancellation of the current scenario will take place in case of further decline and consolidation below the reversal level at 0.6924.

Tickmill Blog | A decline in EUR and GBP in the last waves before the reversal is still possible, but the limits are already limited