LNG price hit unprecedented low in spring 2020; but, as noted by Venand Meliksetyan from OilPrice, a year later, the market revival became a fact. Its prices, especially in Asia, have reached astronomical heights due to a combination of factors. The most important LNG markets are in Asia and Europe. The latter, however, also has a well-developed cross-border pipeline infrastructure that connects producers in Russia, North Africa and the Caspian with consumers. On the other hand, Asia is much more dependent on LNG. Thus, the three largest importers are all Asian: Japan, China and South Korea. There are several explanations for the rise in LNG prices.
First, economic activity in Asia remained relatively high throughout the year. China was the first country to be isolated in February 2020 due to the spread of the coronavirus. Other East Asian countries have also taken swift and aggressive action to mitigate the health crisis. The economy was booming while most countries were still battling the pandemic. Thus, the demand for goods such as LNG remains strong. However, the cold winter weather is more important. BAMWX meteorologist Kirk Hinz was the first to warn us of a huge spike in temperature occurring many miles above the North Pole, resulting in a Sudden Stratospheric Warming (SSWE) that split the polar vortex in two. This means that Arctic temperatures are now arriving in parts of Asia and Europe, causing sky-high prices for natural gas in these regions. 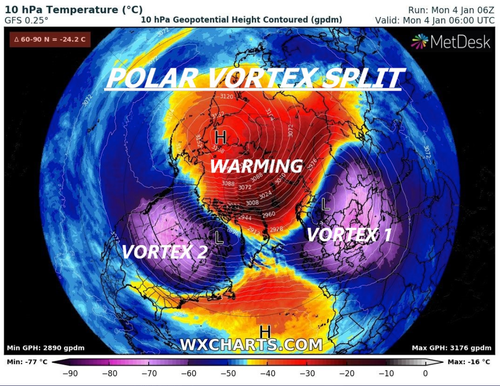 Bloomberg’s Javier Blas tweeted Monday that “JKM’s Asian LNG benchmark has jumped to a new all-time high of $ 28.2 per million Btu, up 32% from Friday” due to increased demand for electricity from – for cold weather in the region. 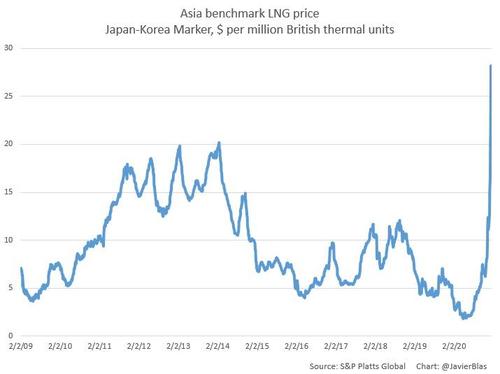 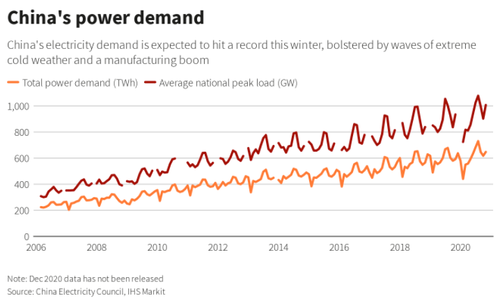 While prices in Asia have risen sharply, Europe is also struggling despite its cross-border pipeline infrastructure. Cold winter weather in general and Covid-19 have increased consumption as people stay inside. High prices in Asia echoed throughout Europe, where benchmark gas peaked at a two-year high. 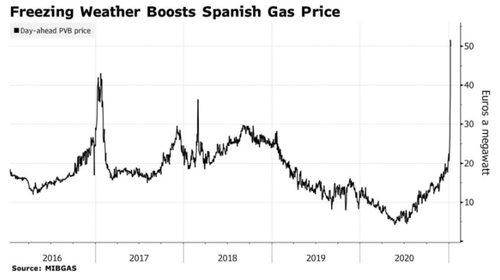 UK wholesale gas prices rose Monday to their highest level since December 2018, or near a two-year high, due to colder weather.

Projected temperature deviations for Europe indicate that much of the continent will continue to experience below average temperatures for the month.

However, as noted by Meliksetyan, it is unclear whether prices will remain high in the long term. While the beginning of the end of the pandemic is nearing due to the arrival of vaccines, long-term economic projections remain bleak. It could be years before the economy and LNG demand return to what they were before the pandemic. For example, Russian exports to Europe have hovered around 200 billion cubic meters over the past couple of years. However, in 2021, it is expected that “only” 170 billion cubic meters will be exported with an increase to 183 billion cubic meters in 2022. This shows the dire condition of the market, at least in Europe in the short to medium term.

Growth opportunities in Asian markets make these countries even more important for LNG exporters. China is already on the verge of ousting Japan as the world’s largest importer. The expanding market is not limited to East Asia. Countries in the south such as India and Pakistan are also gaining in importance. However, the LNG market remains highly volatile, especially as the economic impact of the pandemic has yet to be fully understood. And this rising value could soon return, as BAMWX’s Hinz pointed out, next in line for severe cold and storms in the eastern US and Canada?