Significant events of the past week were the collapse of oil and the aggravation of rhetoric between the United States and Russia at the level of heads of state. In addition, on Friday, the Bank of Russia raised its key rate from 4.25% to 4.5%.

A week earlier I thought that oil will continue to rise. The calculation turned out to be wrong. As of today, I do not think that the downward movement of oil will be deep, but it is still possible. Probably, the energy resource goes into a sideways trend near or below the current levels. 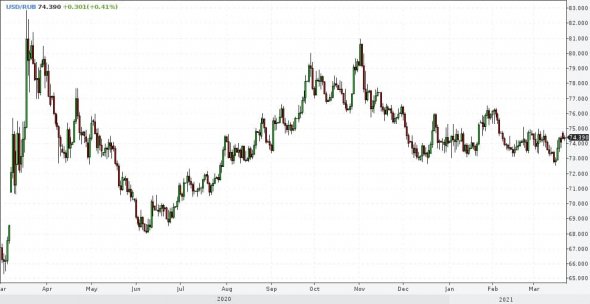 Against the backdrop of oil and US-Russian tensions, the ruble weakened sharply. At the same time, the national currency remained within its multi-month trading ranges. Probably, it will remain in them. For the dollar / ruble pair, this range can be considered 73-76. 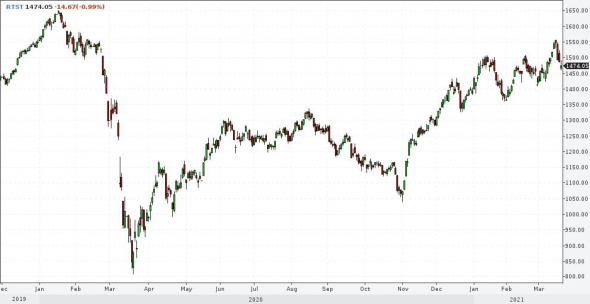 The Russian stock market runs the risk of continuing to decline. But here, too, the potential for directional movement, in this case downward movement, in the forthcoming ones, I consider limited. 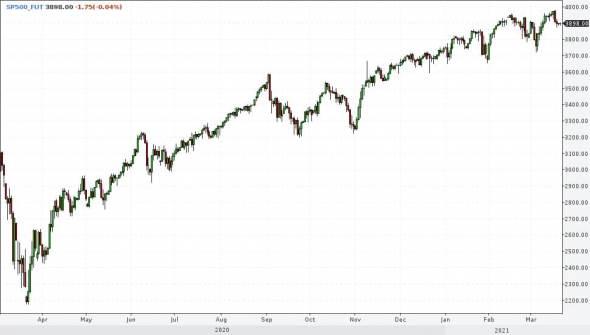 Moreover, American stock indices, on the contrary, have upside potential. And, despite the corrections, they are able to implement it for a long time. 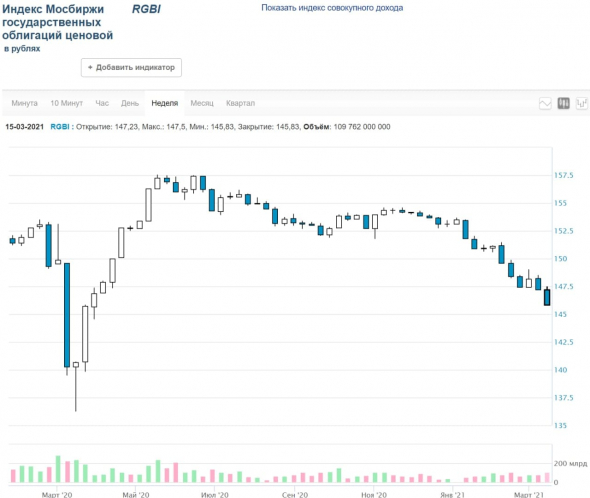 The bond market continues to plunge. Last Monday he expressed the opinion that bonds in both Russia and the United States are ready to stabilize. This is not the case today. I don’t have a clear opinion, but I still think that the chances of stabilization are growing. 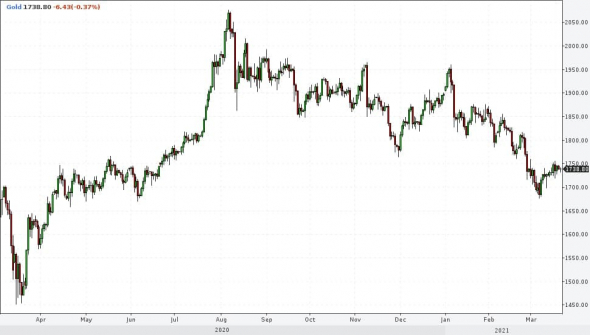 Gold was developing the increase started in the first ten days of March, and this was in line with the forecasts. However, apparently, the growth impulse is exhausting itself. I would wait for a return to decline.