OFZs are in a rush. Yesterday’s sales of public debt, firstly, were the highest in terms of falling prices and volumes since last March. Secondly, we focused on medium-length securities. Those. at first the holders of long securities were squeezed out of the market, now the middle ones are under the main blow. What is happening is no longer reminiscent of the equating of the debt market with new inflationary realities and money market rates, but a panic flight of speculative capital. Not so important, in view of possible sanctions or simply out of a feeling of being. 5-year OFZs with a yield of 6.8% are now a winning alternative both for sub-federal bonds of similar length and for corporate ones. In such a situation, either the entire bond market will go off in a peak, in pursuit of the state debt, or the fall of OFZs will stop. I lean towards the second option. 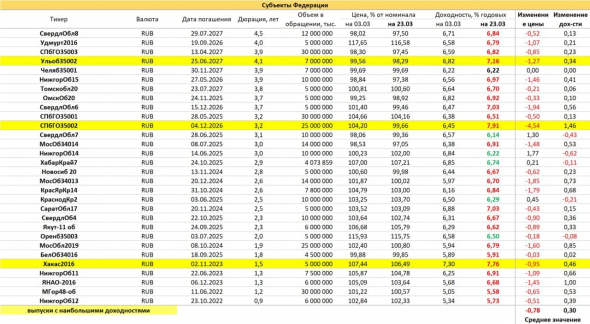 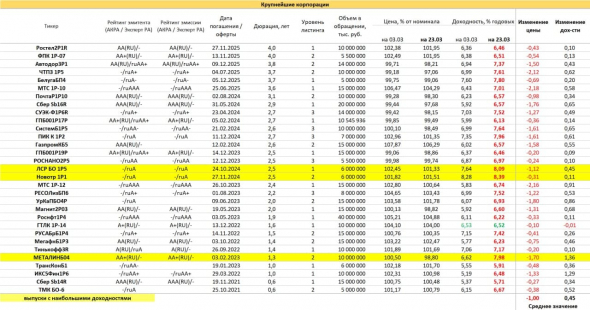 The risk, as I see it, is shifting to the first corporate echelon, into long high-grade securities that are not generous in yield and are capable of sagging inertially even after the collapse of the national debt. And yet, the bulk of ruble bonds consolidated above the actual and, probably, expected inflation in terms of their yields. This does not mean that the quotes of the debt market will start to grow. This speaks in favor of slowing down or stopping their fall. Although panic is bad because in a matter of days it can significantly lower prices, even if locally. And whether or not there will be this descent is a matter of probability.

Unexpectedly for many, the segment of high yield bonds is behaving. In fact, it has not fallen since the beginning of March. It is not worth spreading any conclusions to the entire bond market based on this phenomenon. The segment is too small to influence anything. But I have the impression that the HPO segment itself will not decrease much. The uncorrelation we see is very reminiscent of the second half of 2018, when OFZs were falling at similar rates, and the emerging market for high-yield securities did not seem to notice this at all. In fact, I noticed that the placement of new securities stopped for a while. But the quotes held out. I tend to repeat this very scenario. 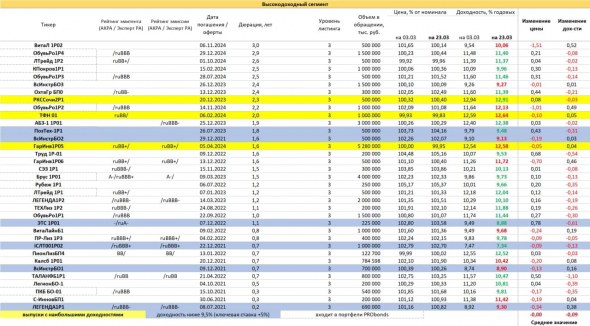