Home Trading shcool instead of correction, we got consolidation, growth continues

The Australian dollar continued to rise, despite the expected downward correction. The resistance at 0.7500 was broken, the price moved higher to the reversal level, where it began to consolidate. The subsequent return to the script did not take place. The pair finally consolidated above the level and continued to rise by today.

The last scenario was not implemented, but in the end the penultimate scenario was worked out, where growth was just expected. Given the context, there is more than enough reason to continue this upward movement. 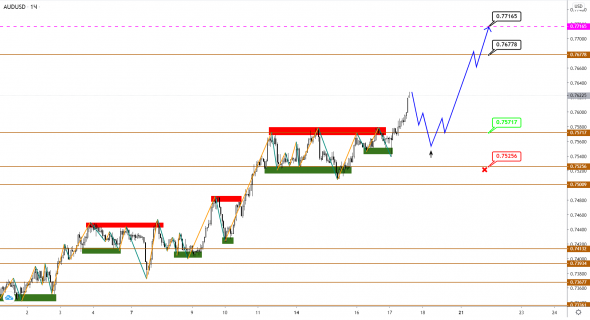 Now the pair is trading at its local highs, but this does not exclude a slight correction within the developing movement. After the breakdown of the last corridor, it is quite probable that the price will return to its borders for a retest. This is just the area of ​​the 0.7571 level, which now acts as a support. If the level is triggered, then we should expect a rebound from it and subsequent growth to new highs in the area of ​​0.7677 and 0.7716.

Cancellation of the current scenario will take place in case of going below the reversal level at 0.7525.

The situation is similar in the New Zealand dollar. The resistance at 0.7094 in this pair has repeatedly held back the onslaught of buyers, each time returning below the level. But the fight was eventually lost. The price nevertheless broke up and is currently breaking the signal level of 0.7130, which is a reversal level. In this case, the expectations for a downward correction did not come true either. 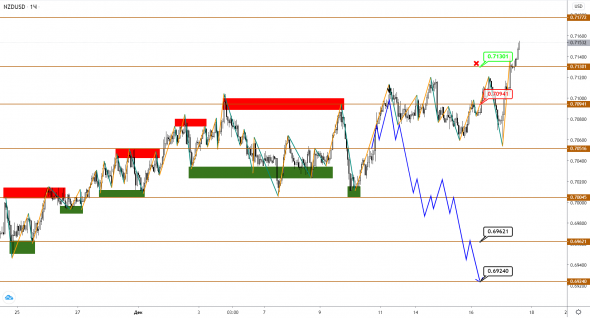 Following the Australian dollar, this pair is likely to consolidate in the current area with the formation of a base for further growth. After that it is logical to expect a new upward impulse. 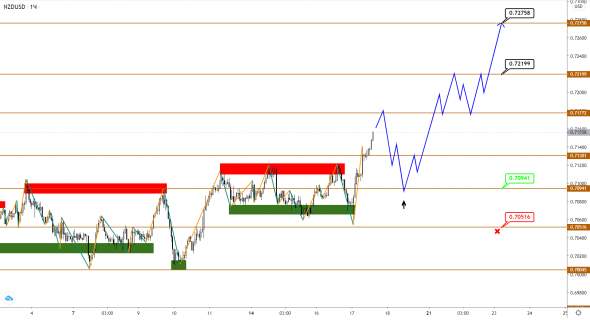 Now the price is approaching the next level at 0.7177, which may restrain further growth. It is possible that this may lead to a local correction to the area of ​​the level of 0.7094, which acts as a support, to retest the previous consolidation zone. In this case, the subsequent rebound will give buyers a chance to develop a new upward momentum with the target in the 0.7219 and 0.7275 areas.

The current scenario will be canceled if the price moves below the reversal level located at 0.7051.

growth continues, and the end and edge is not visible to him