Home Trading shcool Gold is done with the correction, is this a bad signal for the S & P500?

Gold broke out of a long flat, and finally declined to the target area between 1791 and 1773, testing its upper border, from where it rebounded sharply and began to rise. Thus, the expected decline took place, the scenario was worked out. By now, the price has returned to the price area of ​​the recent range again, where it continues to trade.

It is quite possible to assume that the current rebound is a signal for the beginning of a new phase of the upward movement. Most likely, the downward correction has ended, and upon confirmation, we are expected to continue to grow in quotations.

Forecast: beginning of an uptrend 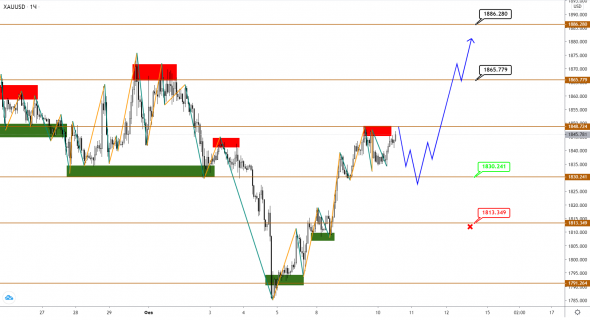 To confirm this scenario, the price needs to firmly gain a foothold in this area. Probably, this may require a retest of the support level at 1830. If the level holds, then the subsequent rebound from it will give buyers a chance to develop a new upward impulse with the nearest targets in the area between 1865 and 1886.

Cancellation of the current scenario will take place upon breakdown and decline below the pivot level at 1813.

The expectation of continued growth in the S & P500 index fully justified itself. After consolidation and retest followed by consolidation above the support at 3816, the quotes really continued their upward movement after a sharp reversal and renewed the previous absolute maximum in the target area at 3897 and 3910. The growth did not end there, the price continued to move and is now trading in the area of ​​the mark 3929. 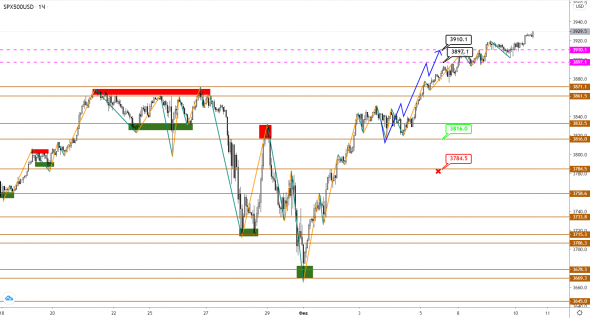 We must not forget that as we move up, the probability of a sharp correction becomes higher. Nevertheless, there have been no serious signals for this yet, so the scenario with the continuation of the upward movement to new highs remains in force. 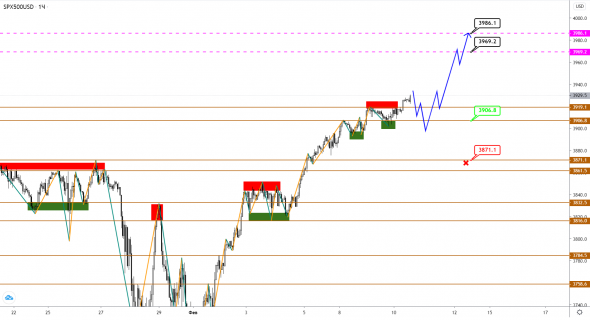 Confirmation of the intention to continue the upward movement will be the price consolidation in the current area with a limit at 3906, where support is expected, and with an extreme border at 3871. A subsequent rebound from this area will give a chance to form an upward impulse with the nearest targets in the area from 3969 to 3986.