Home Trading shcool Gold beats against resistance in an attempt to rally: the signal for decline is amplified

Gold has not yet been able to develop the expected downward movement. Instead, the price remained in the same price area, thus forming a flat area. At the same time, the quotes passed resistance at 1773, and then tried to go above the reversal level at 1791, but met with resistance at the level of 1797, which had already beaten off the price last time, thereby returning the pair to the inside of the range, where they continue to remain in the current moment.

The final shaping of the current sideways pattern will form a pattern that looks like a double top, which may be a sign of an impending decline. Therefore, despite the violation of the signal levels, the downward target remains a priority. 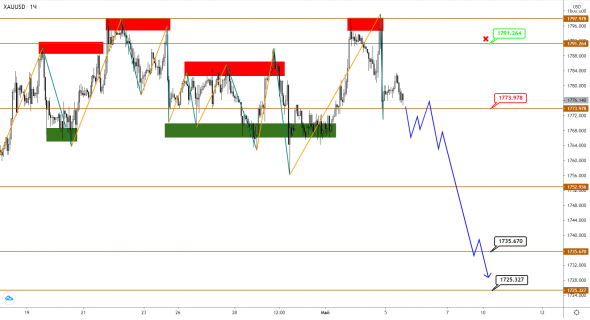 A serious confirmation of intentions to decrease will be the price move below the level of 1773, followed by a reverse retest and a rebound from it. This will give a strong signal for the start of the downward impulse, which will target the area between 1735 and 1725.

Cancellation of the expected scenario will be the price move above the reversal level at 1791.

The expected growth in the S & P500 index took place almost immediately. The quotes did not trade for a long time below the level of 4193, subsequently going higher and with a rapid jerk reaching the target area around 4215 and a moderate entry into the area to 4220. And immediately after that, the index began to lose height, and later developed a rapid downward correction to the level of 4132. 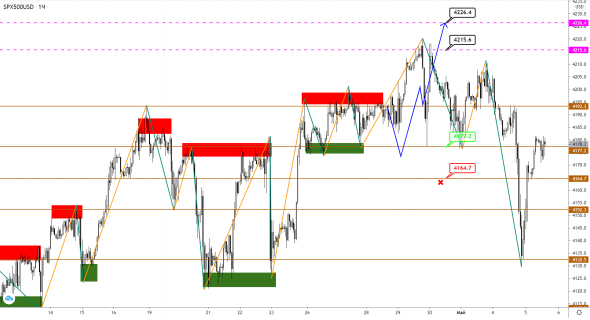 Almost immediately in the course of the decline after reaching the level of 4132, the index immediately began to recover, having won back almost half of all losses incurred, which may mean the end of the correction and the desire for growth with a possible renewal of its record high. 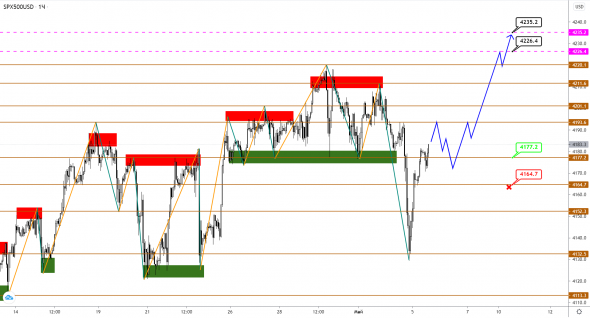 Confirmation of intentions for continued growth will be the confident consolidation of the index in the current price area. At the same time, it is likely that the quotes are expecting resistance at the level of 4193, which has already been triggered several times. This could lead to a local correction, the limit of which is expected at 4177, which is a support. The retest and subsequent rebound from this level will allow an upward wave to develop, targeting the area between 4226 and 4235.

Cancellation of the current scenario will take place in case of a breakout and consolidation below the pivot level at 4164.