Gold has completed the formation of wave (b) of [z] of IV, a triple zigzag is being formed.
We need to go down in the direction of 1750-1770 bucks
However, a bullish divergence has formed.
Wave © is being formed locally, in which it is possible that the initial diagonal is formed within the wave [i] of ©. it needs a local minimum, then there will be a slightly stronger rebound with a further resumption of the fall. 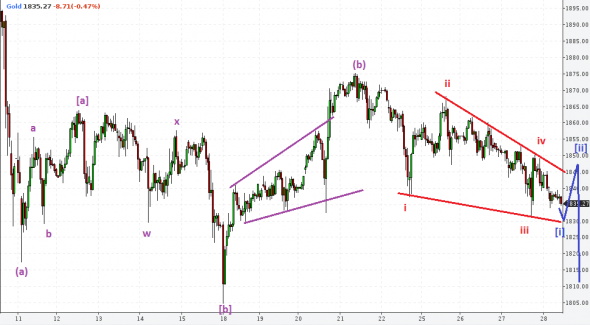