The upward movement in the euro was interrupted, and did not manage to reach the target zone. The price initially corrected as planned to the support at 1.2241, rebounding from which it began to grow, but was stopped halfway to the target, already at the level of 1.2350. Thus, the forecast cannot be considered fully fulfilled, although the direction as a whole was determined correctly.

According to the formed downward pattern, most likely, it is already possible to assert about the end of the uptrend in the current phase and the beginning of a downward correction in the medium term. Therefore, for the near future, the downward direction will be a priority. 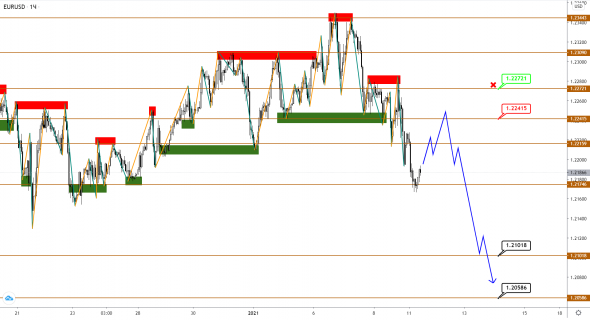 Probably, at the moment it will be necessary to fix the pair in the current area to confirm the intention to go down. One of the options for such confirmation can be a retest of the current resistance located at 1.2241, the subsequent rebound from which will aim the quotes in the area between 1.2101 and 1.2058.

Cancellation of the current forecast will take place upon breakdown and consolidation above the reversal level at 1.2272.

The growth of the British pound also did not take place, despite the existing preconditions. Still, the level 1.3685 was a serious resistance, which did not let the price go higher, sending it down. The price first broke through the support at 1.3617 and continued to fluctuate above the 1.3553 reversal level, which it successfully crossed at the moment. 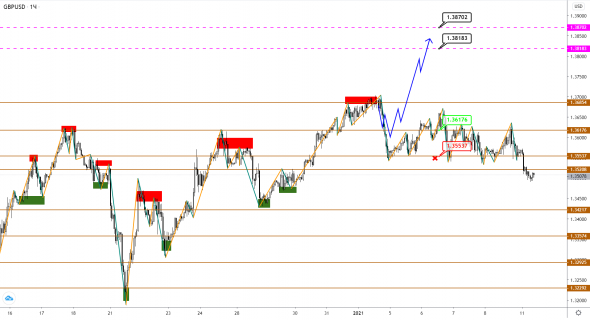 The current picture may indicate the end of the current phase of the uptrend and the beginning of the correction of the senior order in the medium term. 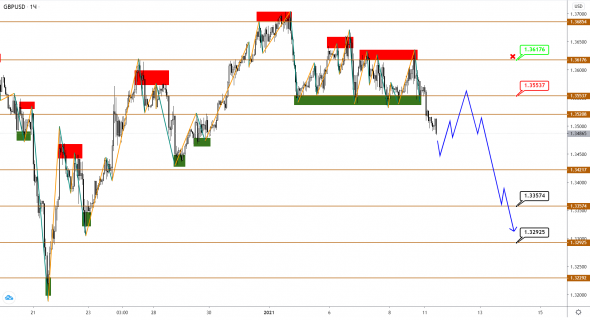 Now the pair is declining moderately, breaking the lower border of the formed range. To confirm its intentions to decline, the price needs to consolidate in the current area with a possible retest of the resistance level at 1.3553. The subsequent rebound from this level will aim the quotes in the area between 1.3357 and 1.3292.

Cancellation of the current scenario will take place upon growth and consolidation above the reversal level at 1.3617.

The supposed downward wave in pairing with the Japanese yen could not fully develop. The target zone was not reached, the pair stopped halfway to it, around 102.60. Then it turned to growth and rapidly went beyond the limits of not only the indicated resistance at 103.26, but also confidently fixed itself above the reversal level at 103.71. 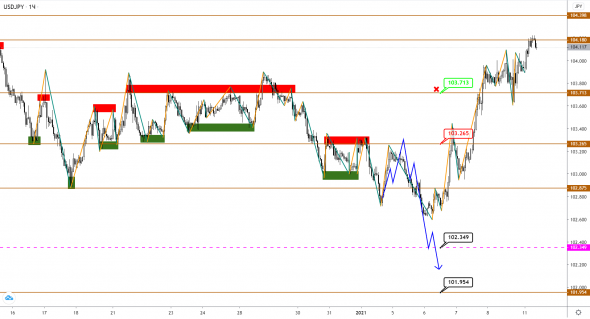 Taking into account the current picture, we can confidently say that the downward movement is currently completed and the phase of an upward correction or a reversal has begun, which still has the potential for continuation. 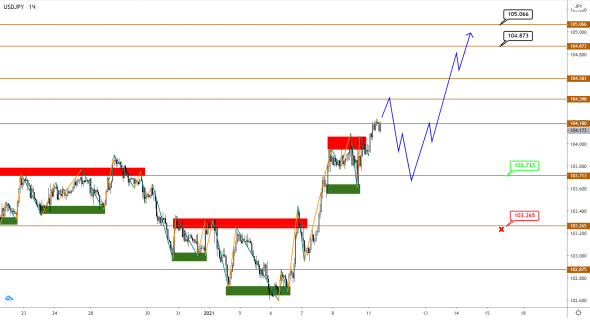 Now the pair is testing the area of ​​strong resistance at 104.18 and 104.39. Failure to pass it may lead to a local correction downward with a retest of the expected support located at 103.71. The subsequent rebound from this level will give a chance for the development of the next upward wave with the target area between 104.87 and 105.06.

Cancellation of the current scenario will take place upon breakdown and consolidation of the pair below the pivot level at 103.26.