The euro rose as expected in the last survey. After a short consolidation below the 1.2174 level, which was a serious resistance and was repeatedly tested, the price managed to break it. Then it continued to grow, reaching the target range at 1.2241.

Upon reaching the target range, the pair did not continue to move to its upper border at 1.2303, but began to decline, which suggests that the current growth is likely to come to an end and a downward correction may develop ahead. 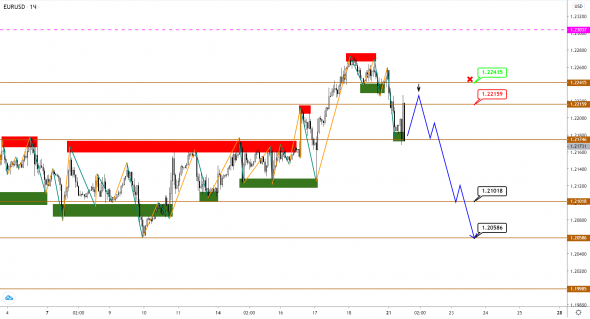 Confirmation of this assumption will be confident consolidation below the current resistance at 1.2215 with a possible retest. In this case, the subsequent bounce will target the next target area between 1.2101 and 1.2058 with potential below it.

Cancellation of the current scenario will take place in case of a breakdown of resistance and going beyond the reversal level at 1.2241.

The expected growth in the British pound also took place. The script was executed successfully with the achievement of all the set goals for the movement. The local correction before the growth turned out to be somewhat deeper than expected, the price went up to the reversal level at 1.3292, where it met the main support, from where it went into growth. 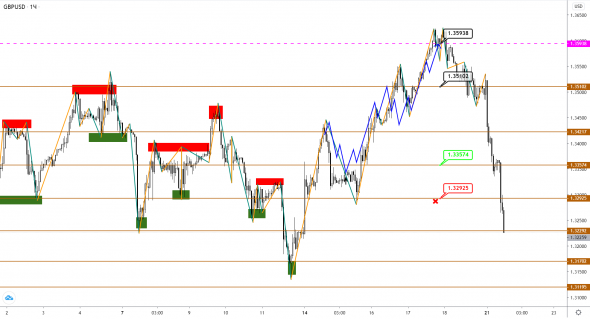 But immediately after reaching the expected level of 1.3593, the pair bounced off it and began to decline rapidly, which leaves little doubt that a correction is now developing after such a long rise and the current decline still has the potential to continue. 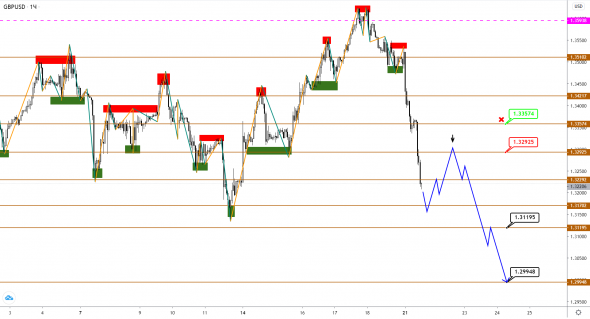 In the current situation, given the swiftness of the movement, a tangible part of this correction has passed, which may result in a local attempt to recover the price, the limits of which are expected in the area of ​​the resistance level at 1.3292, the subsequent rebound from which will send quotes to the area from 1.3119 up to 1.2994.

Cancellation of the scenario will take place upon growth and consolidation above the reversal level at 1.3357.

The expectation of continued decline in pairing with the Japanese yen justified itself. The price did indeed go down, reaching the target range, and thus successfully fulfilling the assumed scenario. The pair corrected locally to the resistance at 104.80, only a few points did not reach it, after which it began to decline to the area between 103.23 and 102.74. 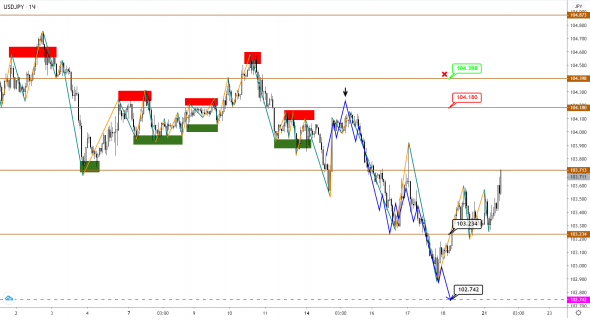 Immediately after that, the price began to recover, already by now having formed a lead-in formation for growth, which gives rise to expectations of the beginning of an upward movement. 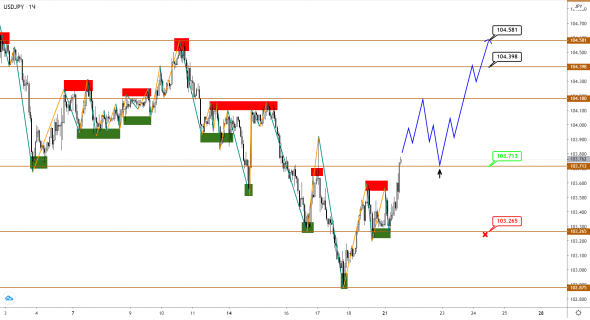 The reversal will be confirmed by the price’s ability to gain a foothold in the current price area. Probably, the quotes still have the potential to continue growing up to the level of 104.18. If this happens, then the next local correction may meet the limit at 103.71, where strong support is expected. The subsequent bounce from it will aim the pair in the area between 104.39 and 104.58.

Cancellation of the current scenario will take place when it falls and consolidates below the pivot level at 103.26.