The euro nevertheless rose despite the expected downward correction. The decline scenario was not executed. The resistance at 1.2058 failed to keep the price, which soon broke through it and went higher, after which the reversal level at 1.2101 was also overcome, followed by consolidation above.

The pair quotes are now trading confidently above the signal level, which gives grounds for changing the priority to continue the upward movement, at least with updating the latest local maximums. 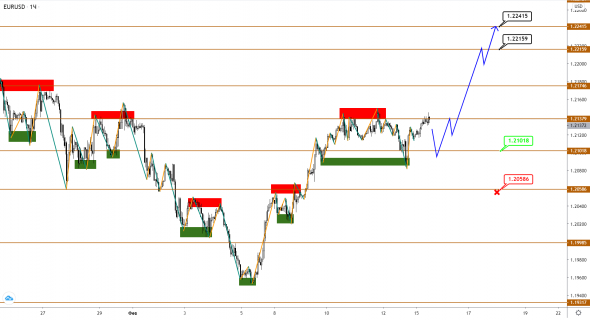 At the moment the pair is consolidating below the level of 1.2137, which is likely to hold back buyers and is a serious resistance. Momentum strength will be confirmed by the ability of the price to gain a foothold in the current area, for which it may be necessary to test the level of 1.2101, which is a support. The subsequent rebound from this level will already give a chance for a breakdown of the level 1.2137, which will subsequently target the pair to the area of ​​local highs between 1.2215 and 1.2241.

Cancellation of the current forecast will take place upon breakout and consolidation below the reversal level at 1.2058.

Consolidation in a narrow corridor for the British pound ended with continued growth, contrary to expectations. Therefore, the scenario at the beginning of the decline did not materialize. The expected rebound from the level of 1.3738 did not take place, the resistance did not hold, which ultimately led to the price breakdown upwards. 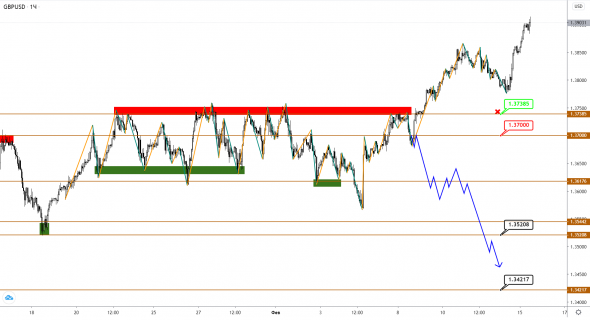 Now we can definitely state the price intention to continue the upward movement. Now the pair is already trading at its local highs, and it is likely that there is still potential for further growth. 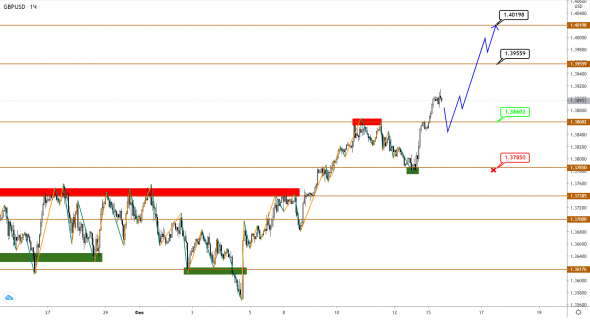 As a confirmation, the pair can now retest the level of 1.3860, where support is expected. If this level is held, the subsequent rebound may contribute to the formation of a new upward impulse, which will aim at new highs in the area from 1.3955 to 1.4019.

Cancellation of the current scenario will take place upon decline and consolidation below the pivot level at 1.3785.

Growth in a pair with the Japanese yen was interrupted by the beginning of the correction, the depth of which turned out to be somewhat deeper than expected. The price at the moment dropped not only below the support at 105.06, but also crossed the reversal level at 104.87, but found support slightly lower at 104.58, which did not allow the pair to continue to decline. This led to the current recovery of quotes above the signal levels. 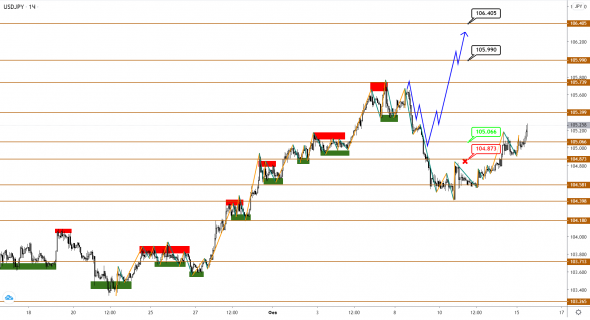 Taking into account all the circumstances, despite the violation of the signal levels, since the price returned to the limits of the scenario execution, there is no reason to cancel it yet. It can be assumed that with a confident consolidation above, the growth may continue. 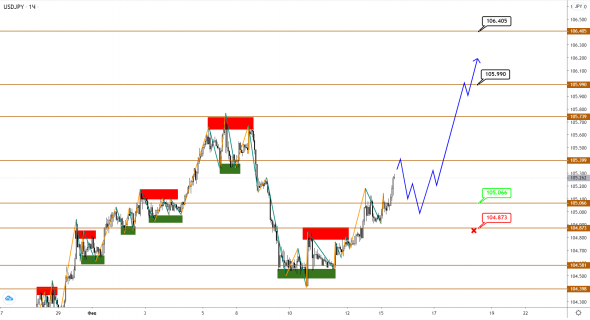 Now the pair is approaching the level again, which may provide resistance, preventing it from moving higher. This could lead to a local correction, the limits of which may lie at 105.06, where support is expected. In the event of a retest and a rebound from this level, there is a chance for a new upward impulse to develop, which will target new local highs in the area from 105.99 to 106.40.

Cancellation of the current scenario will take place upon breakdown and consolidation of the pair below the pivot level at 104.87.