The Australian dollar started to decline in line with expectations, but only made it to the target. There was not enough potential to develop a full-fledged downward impulse. The price was stopped at 0.7677, bouncing from which the pair is now trying to recover.

Nevertheless, key levels have not been violated, so the previous scenario for a decline remains relevant. Apparently, we can expect another retest of resistance at 0.7813, a successful rebound from which again actualizes the downward impulse. 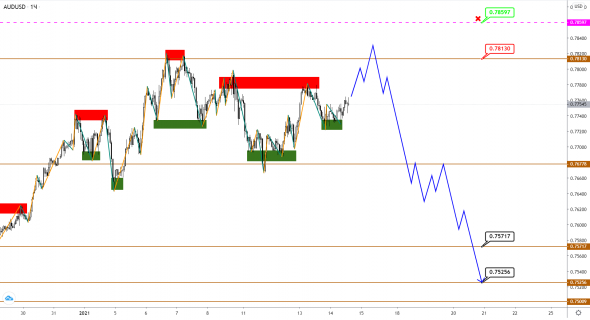 Confirmation of these expectations will be a confident consolidation in the current area with a retest of the resistance level at 0.7813. A subsequent rebound from it will give the price more room to start declining to the nearest target area between 0.7571 and 0.7525.

The scenario will be canceled if the last high is updated and the price moves above the reversal level at 0.7859.

The situation is similar in the New Zealand dollar. The downward movement, as expected, took place, but failed to reach the target area. In this case, the quotes stopped only a few points from the first target at 0.7130, after which they went up, trying to recover the previous losses. 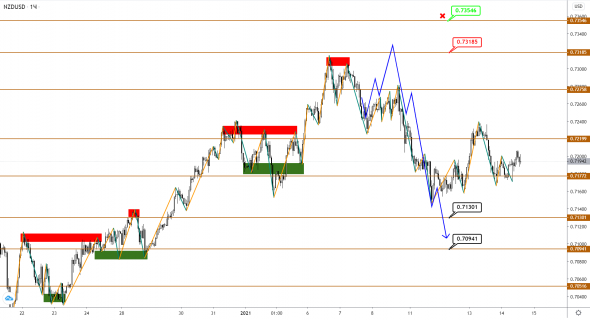 As in the Australian dollar, the downward movement in this pair is still at the development stage. An attempt to rise and test the resistance is not ruled out now, after which the decline may resume. 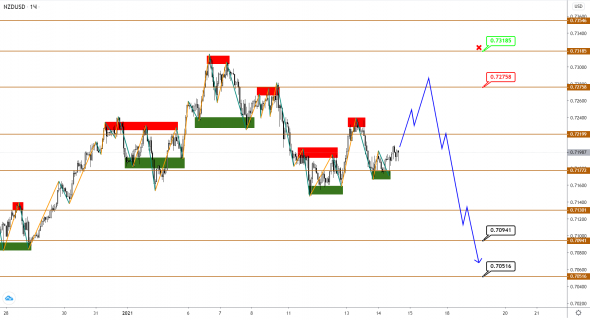 Cancellation of the current scenario will take place if the price moves above the reversal level located at 0.7318.