Home Trading shcool couples went into the New Year’s side

The Australian dollar could not continue the growth that had begun. At the same time, the expected corrective movement turned out to be somewhat deeper, since the price passed not only below the support at 0.7571, but also below the reversal level at 0.7525. Nevertheless, it was not possible to gain a foothold under this zone, the pair returned to the higher, where it is now trading.

Despite the violation of key levels, the expectation for growth is still relevant. The current sideways movement is likely to continue for some time. At the end of it, you can expect another upward run before the top is marked. 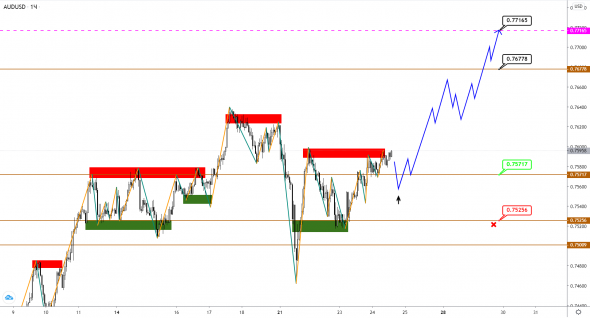 The pair is now trading near its local highs and is trying to recover from its recent dip. Confirmation of its intentions will be the ability of the pair to gain a foothold in the current area with a return above the support at 0.7571. In this case, there will be a chance for the development of another upward impulse with the target in the area from 0.7677 to 0.7716.

Cancellation of the current scenario will take place in case of going below the reversal level at 0.7525.

The situation is similar in the New Zealand dollar. The support at 0.7094 did not hold out, the price overcame it in its decline, after which it dropped below the reversal level at 0.7051. Nevertheless, the pair failed to gain a foothold below this level. The price has returned to the key zone again and is now trying to recover its losses. 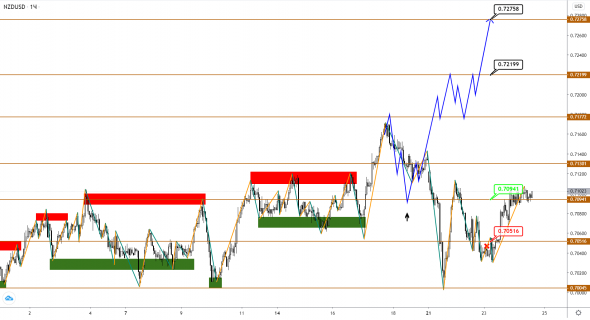 As in the Australian dollar, this pair needs confirmation with consolidation in the current area with the formation of a base for further growth. After that it is logical to expect a new upward impulse. 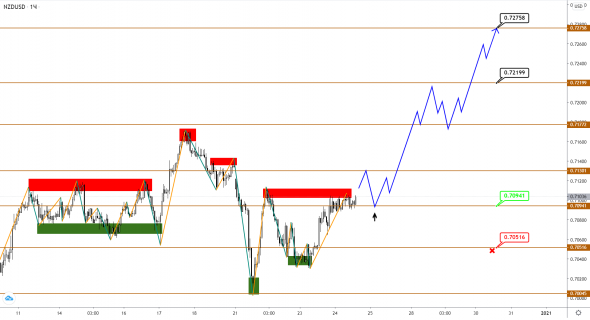 Now the price is approaching the next level at 0.7130, which may restrain further growth. It is possible that this may lead to a local correction to the area of ​​the level of 0.7094, which acts as a support for a retest. In this case, the subsequent rebound will give buyers a chance to develop a new upward momentum with the target in the 0.7219 and 0.7275 areas.

The current scenario will be canceled if the price moves below the reversal level located at 0.7051.