The euro fell in line with the expected scenario of the previous survey. At first, the quotes corrected, but slightly more than expected, having passed to the reversal level at 1.2215, where they met the main resistance, from where they began to decline. However, the pair did not reach the target, stopping halfway to it at the level of 1.2101.

It is possible that the current decline has already come to an end. However, until the signal levels are completely violated, the potential for further decline still remains. One should probably expect another wave to local lows before the main reversal. 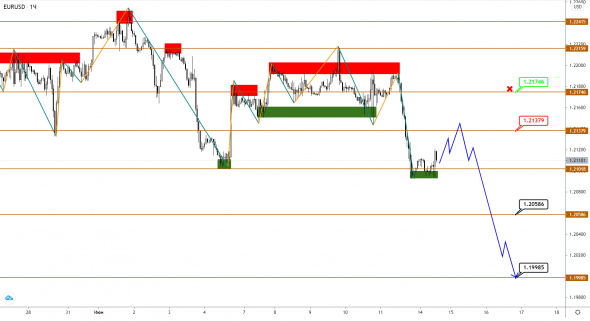 The determining factor in this scenario will be the ability of the price to gain a foothold in the current price area, with a possible retest of the 1.2137 level, where the main resistance is expected. If the level holds, we should expect a subsequent rebound with the formation of another downward impulse, which will aim at the area between 1.2058 and 1.1998.

The scenario will be canceled if the growth continues and consolidates above the reversal level at 1.2174.

The British pound is still unable to develop a downward momentum, remaining fluctuating around the level of 1.4139, which was a resistance. The price broke it several times and returned lower again. However, while the lower border of this flat at 1.4091 is still holding back the price from further decline, acting as a support. 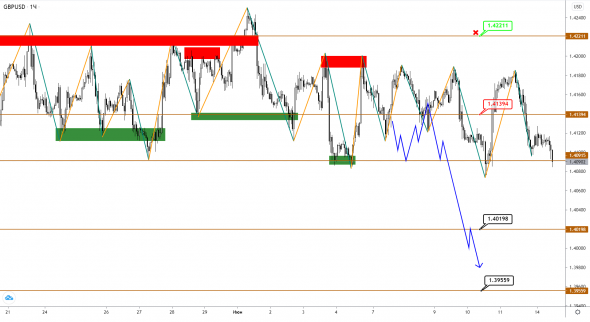 A strong impulse movement is required to break the lower flat line. Nevertheless, the previous scenario remains valid for now. Probably, there is still potential for a decline within the corrective wave. 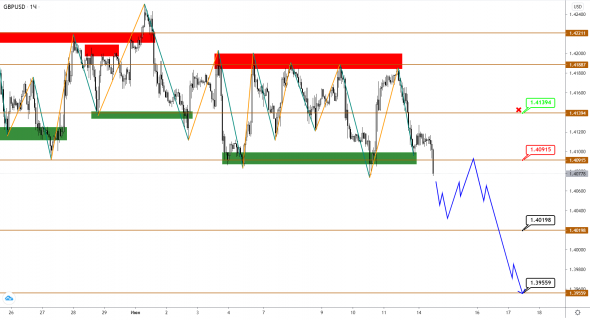 At the moment, the pair is already trying to overcome the barrier level at 1.4091, which may become resistance in the future. Confirmation of the current scenario for the continuation of the decline in this case will be a retest of the level 1.4091 and a confident rebound with the formation of a downward impulse, which will aim at the area between 1.4019 and 1.3955.

Cancellation of the current scenario will take place in case of further growth in the area above the pivot level at 1.4139.

The pair with the Japanese yen was unable to develop an impulse movement, remaining fluctuating in a range with a moderate upward bias. The script was not executed, contrary to expectations. Nevertheless, the pair successfully tested the support at 109.37 several times and quite confidently fixed above it, which increases the likelihood of an early upward movement. 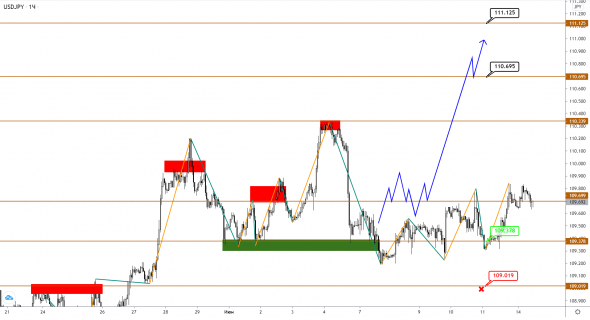 Repeated testing and subsequent bounces from the level of 109.37 confirm it as a serious support. And while the pair is holding above this level, the scenario for the upward movement remains relevant. 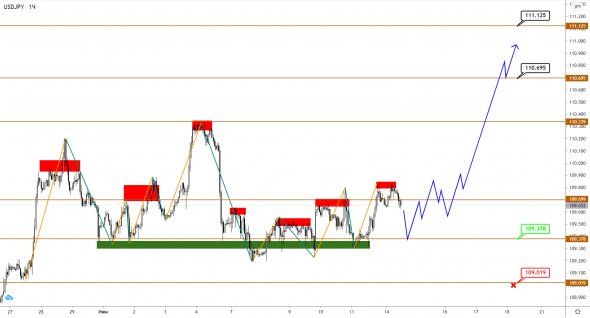 Confirmation of intentions to continue the growth will be a confident rebound from the level of 109.37 in the event of another retest followed by consolidation above the level of 109.69, which will make it possible to form an entry upward pattern, which will give a strong signal for an impulse movement that will aim at the area between 110.69 and 111.12.

Cancellation of the current scenario will take place upon breakdown and consolidation of the pair below the pivot level at 109.01.