Home Trading shcool Brent oil continues to rise, there is still potential. Where is the top?

The Canadian dollar, as expected, continued its decline, confirming the expectations of the continuation of the downward movement. The pair reached the upper boundary of the target area at 1.2631 and tested it. Thus, the forecast can be considered fulfilled successfully.

Thus, the scenario with the beginning of the decline according to the previous survey was finally confirmed. Since the first goal on the path has already been achieved and the potential for continuation is still there, the old scenario with the adjusted target area remains valid. 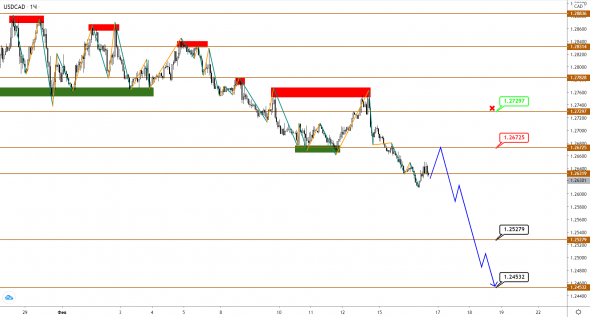 Now the pair needs to gain a foothold in the current area to confirm their intentions. This will likely require testing the current resistance level, which is assumed at 1.2672. If successful, we should expect a rebound from this zone, followed by a decline to the target area between 1.2527 and 1.2453.

Cancellation of this scenario will take place with continued growth and consolidation above the reversal level at 1.2729.

Brent crude oil is expected to continue its growth, having already reached the target area between 62.00 and 62.70, and even slightly exceeded it. Before that, the price firmly consolidated above the support level located at 60.46, confirming it with a double retest, after which it developed an upward impulse. 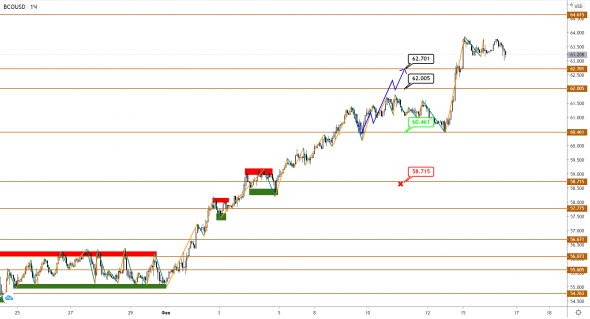 There is still every reason to expect continued growth within the trend. At the same time, the likelihood of a downward correction cannot be ruled out, since quotes may already be close to their top. However, the scenario with the continuation of the upward movement is still relevant. 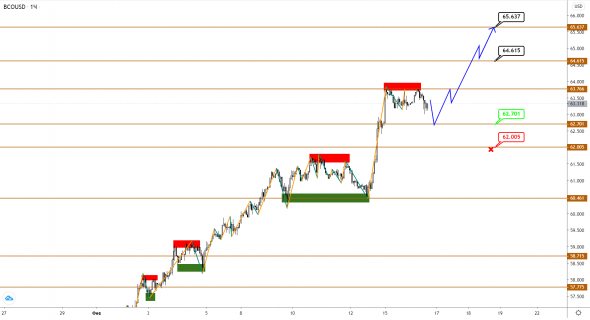 Confirmation of the current forecast will be the ability of prices to gain a foothold in the current area. At the same time, in the event of a local correction, the main barrier will be the support level at 62.70, which will support quotes and restrain further decline. In the event of a retest and a successful rebound from this level, there is a chance of forming another upward impulse with a target area between 64.61 and 65.63.

The current scenario will be canceled if the decline continues to the area below the pivot level at 62.00.