The Australian dollar seemed to have started an upward movement, successfully rebounding from the support at 0.7705, but failed to break through the resistance at 0.7813 again. Having already bounced off it, the price began to decline again. After that, a second test took place and the level could not be passed again. Thus, the chart clearly shows the range within which the pair is currently being traded. 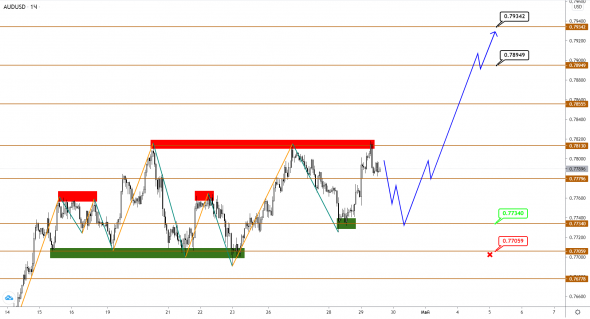 Obviously, the flat will continue for some time. Given the current rebound from the 0.7813 level, where the resistance is, the price is likely to locally correct to the support that is expected at 0.7734. The next rebound from it will give a chance for the formation of an upward impulse, which will aim at the area between 0.7894 and 0.7934.

The scenario will be canceled if the decline continues and consolidates below the reversal level at 0.7705.

On the other hand, the New Zealand dollar managed to reach the target area, successfully fulfilling the expected scenario. At the same time, the pair could not pass through the preliminary retest of the support at 0.7130, stopping halfway, but this did not prevent it from subsequently developing an upward momentum to new local highs. 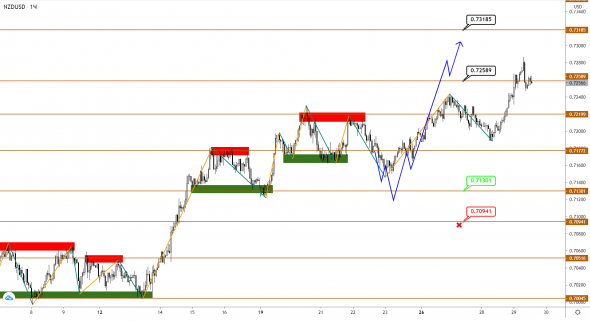 In general, the uptrend is more clearly traced for this pair. Quotes continue to grow with fairly deep pullbacks. It is likely that this movement still has the potential to continue to new local highs. 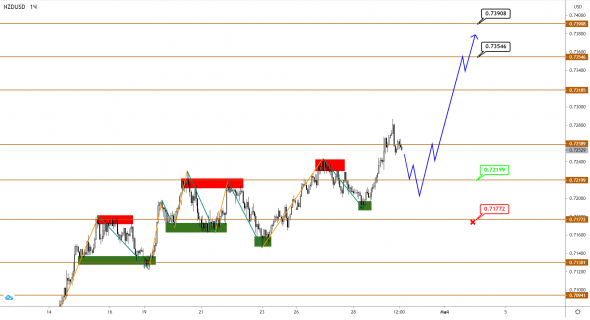 Now the pair, apparently, met resistance at the level of 0.7258, below which it returns after the recent growth. In this case, the main reference point will be the probability of a local correction before support, which is expected at 0.7219, after a retest and a rebound from which there is a chance of renewing the upward impulse with targets in the area between 0.7354 and 0.7390.

Cancellation of the current scenario will take place in case of further decline and consolidation below the reversal level at 0.7177.