The Australian dollar has strengthened its correction, continuing to trade in a range with deep pullbacks after each move. This correction was, on the whole, assumed. However, the pair violated the boundaries of the signal zone, going not only below the expected support at 0.7734, but also broke the reversal level at 0.7705. However, immediately after that, the price began to recover, returning to its previous positions by the present moment.

Signal levels are violated, which may call into question the prospects of the current scenario. However, the return of the price above the zone does not allow canceling it completely. Therefore, the scenario with the continuation of the upward movement after the end of the current flat is still relevant. 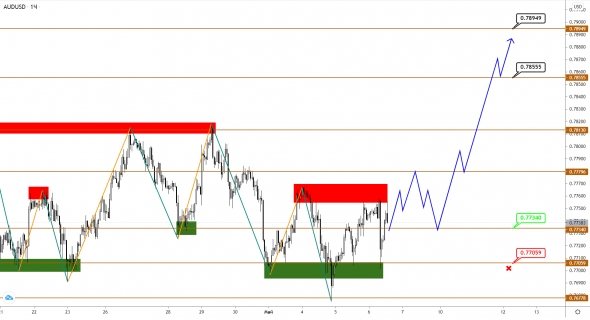 Now, if the price grows, there is a level of 0.7779, which can act as resistance that can lead to a local correction. Confirmation of intentions to continue the upward movement will be the ability of quotes to gain a foothold above the support at 0.7734, in the event of a retest and rebound from which the price will have a chance to develop an upward impulse aimed at the area between 0.7855 and 0.7894.

The scenario will be canceled if the decline continues and consolidates below the reversal level at 0.7705.

The New Zealand dollar also prolonged the downward correction and failed to fulfill the expected growth scenario, going instead below the signal zone with a breakdown of the support at 0.7219 and the reversal level at 0.7177, at the moment it found itself in the area of ​​the 0.7120 mark, from where it began to recover again … And at the moment the pair is trading just below the support level of 0.7219. 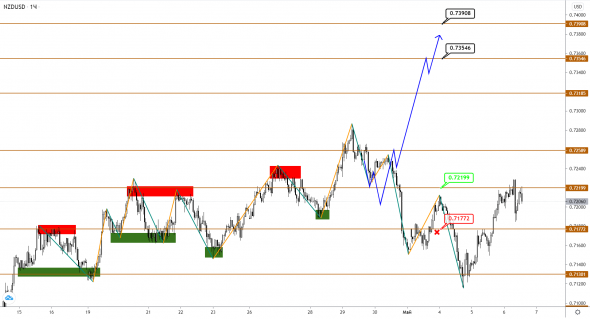 Obviously, this pair received a slightly deeper correction than expected. In general, the prospects for the development of the upward movement were in doubt. However, an attempt to recover to the signal zone still leaves a chance for growth. Therefore, the previous scenario remains relevant. 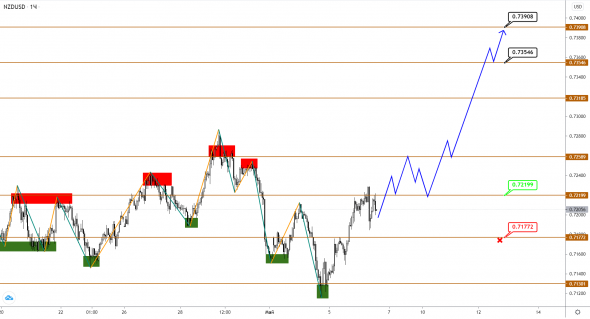 Now, to confirm the current scenario, the pair will have to overcome the level of 0.7219 and solidly gain a foothold above it. At the same time, a passage to 0.7258 is likely first, where resistance is expected, which in case of a rebound may lead to a retest of 0.7219, which will confirm it as a support. But already a rebound from it will give a chance for the development of an upward movement, which will aim at the area between 0.7354 and 0.7390.

Cancellation of the current scenario will take place in case of further decline and consolidation below the reversal level at 0.7177.