The social split in the United States after a string of events, including the results of the presidential elections and the storming of the Capitol, I perceive as a vivid external manifestation of the difficulties in the economy. And against the background of these difficulties, the movement of the American stock market, and after it the stock markets of other countries, looks even more contradictory.

Too much has been said about the overheating of the American stock market in the first place and the global one as a whole, and much more will be said. At the same time, the market continues to rise.

But problematic manifestations, in addition to economic and social, can already be seen.

The first is the shrinking volatility of stock indices. Markets sometimes tend to move to an ordered directional movement, in our case up. But this movement is usually short-lived. Low volatility is followed by high volatility. Now the volatility, at least in the American stock market, is near the next lows. 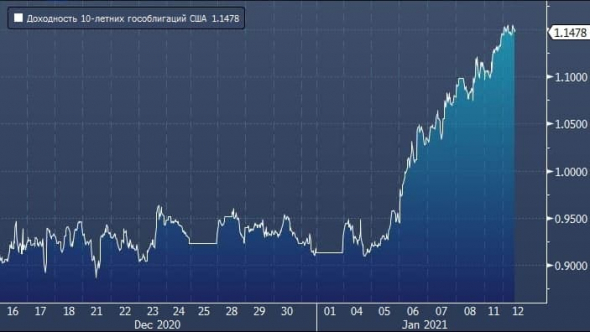 Dynamics of the yield on 10-year US government bonds 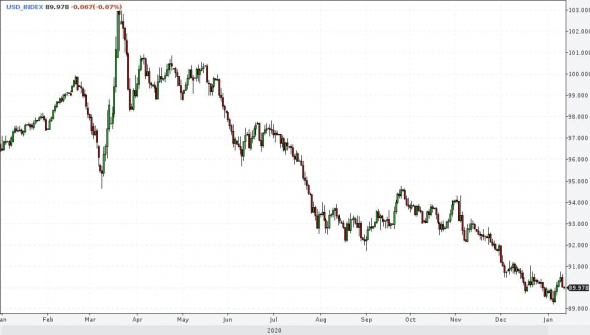 While in the affected precious metals, which acted as a substitute product and sank sharply last week. I will not argue, but I suppose that this fall will not become a simple correction, but will develop. Equally, I treat the last upward movement of the dollar index and the downward movement of the EUR / USD pair as a formative reversal. If I am right, the next link in the sequence will be an increase in volatility and a decrease in quotations already on the stock markets, including the domestic one. For a banal reason, the lack of cash. 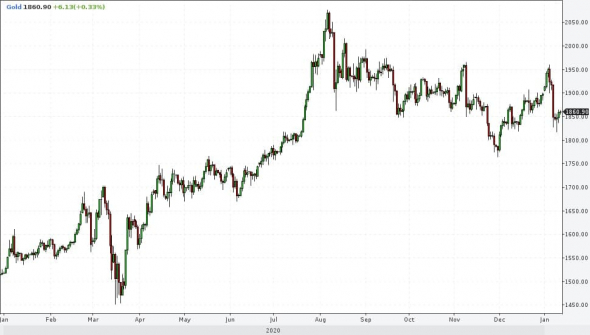 Since the end of autumn, he expressed the opinion that the period of favorable markets will last until the middle of the first quarter. So far it is. But the dynamics of US Treasures yields, currency pairs and precious metals sets it up for, possibly, a faster completion.